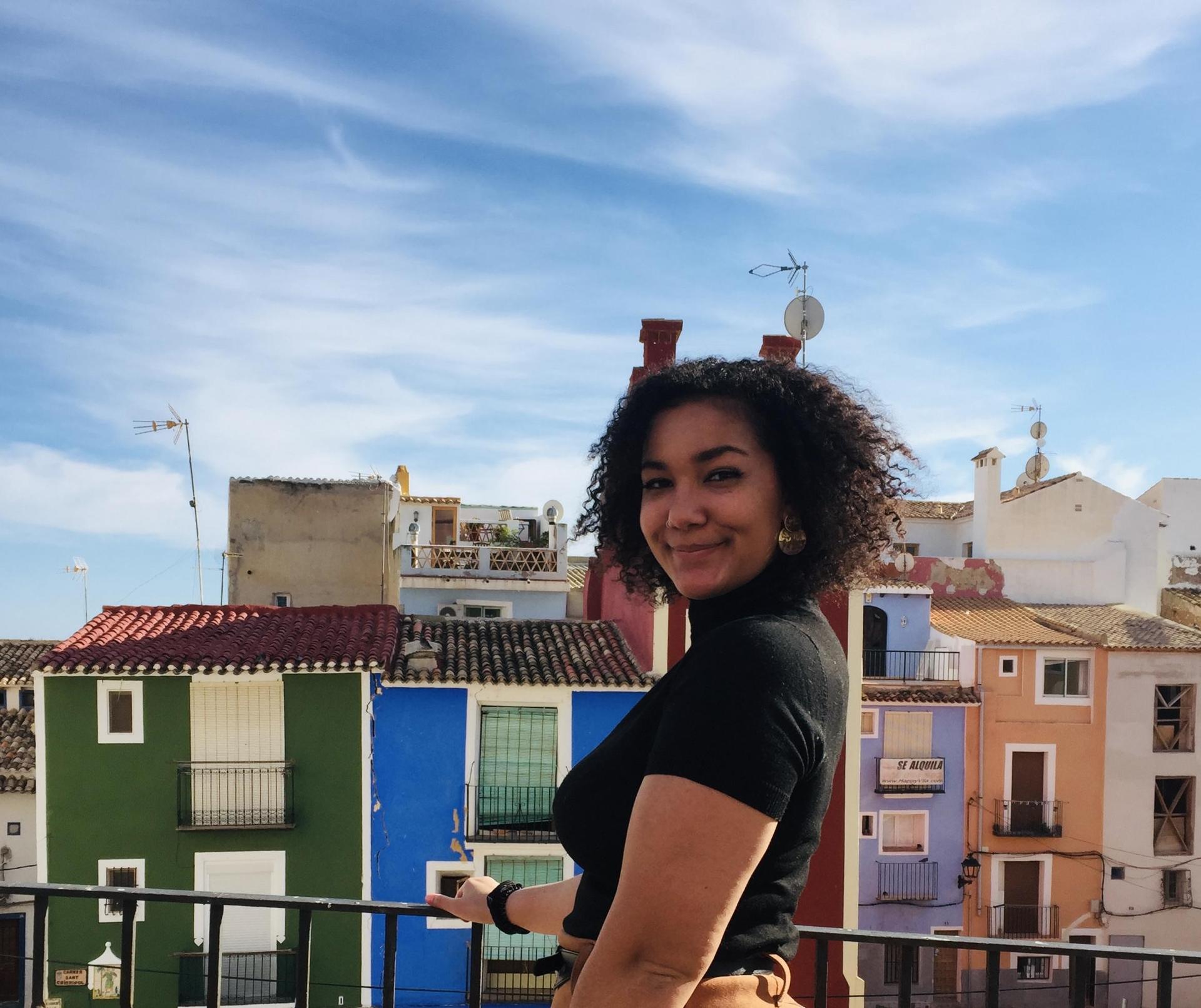 Guilford College is more than a school for Ashley Tracy ’20, it’s a place where she’s been able to thrive academically and socially — and continue a family tradition.

“I loved the idea of having a small classroom setting compared to a large lecture room, especially because I went to a small private school back home. I knew it would be the best move for me, and Guilford proved me right,” Ashley says. Both of her siblings also attended Guilford, making fond memories that she wanted to create for herself.

Ashley quickly found success in the classroom, pursuing a Chemistry major and Integrated Science minor. “I believe in being a well-rounded student. I chose a Chemistry major because I knew it would challenge me academically and would give me an opportunity to enrich my love of science.  And with my minor I was able to enjoy and master different areas of STEM courses,” she says.

Professor of English and Director of the Honors Program Heather Hayton, played a large role in Ashley’s Guilford career. “Heather has been a constant reminder to not only aim for my goals but to also not be so hard on myself,” Ashley says. “I would also like to give a special thanks to Guilford’s Chemistry Department and faculty, especially my advisor, Gail Webster, and professor Anne Glenn. They have had a great impact on my years at Guilford, being both reliable and supportive.”

One of those goals was being accepted into the MED program at UNC Chapel Hill during summer 2019. The eight-week program prepares students for their first semester as a medical or dental student. Ashley had the opportunity to take a two-week dental lab course, received hands-on experience, and strengthened her hand-eye coordination in performing dental procedures. She learned many dental skills, including impressions, wax ups, crowns, and one-tooth flippers, among many others. 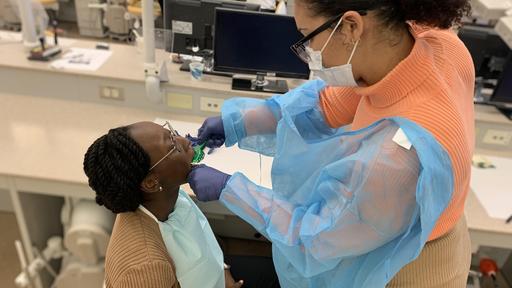 “It was hands down one of the best experiences in my life and I will always cherish the opportunity. It built up my confidence to know I was on the right path,” she says.

Ashley says she also found a fulfilling life outside of the classroom at Guilford. Throughout her first two years, she was involved with the women’s volleyball team. It replicated the structure she was used to from juggling sports and studies throughout high school, and it taught her good time-management skills. She also bonded with her teammates, feeling right at home with her new family of friends.

In the spring of her junior year, Ashley studied abroad in Spain, learning about European Spanish culture and  making new friendships with people in her program at Spanish Studies Abroad, as well as students at the University of Alicante. “Living in Alicante was an eye opener for me and gave me a different perspective of life aside from our time-based American schedule,” she says.

After graduation, Ashley plans to attend dental school and hopes to use her skills to work in an area where health care may not be easily accessible to those in need. She also hopes to become a mentor and role model to minorities, showing them that with work ethic and determination can help them dream big and achieve their goals.

“Guilford has opened my eyes to the world around me and all it has to offer. It’s taught me a deeper meaning of diversity, and it has helped teach me to be myself no matter what environment I find myself in,” Ashley says. “I believe in myself more than when I came into campus as a freshman, and I know I wouldn’t be where I am without the friends and professors I’ve had through my four years.”

Find your path and experience a transformative education at Guilford College. Schedule your personalized visit today to learn more.

Sarah Michelle Boyce ’23 spreads light and smiles wherever she goes, building positive relationships with everyone she meets…