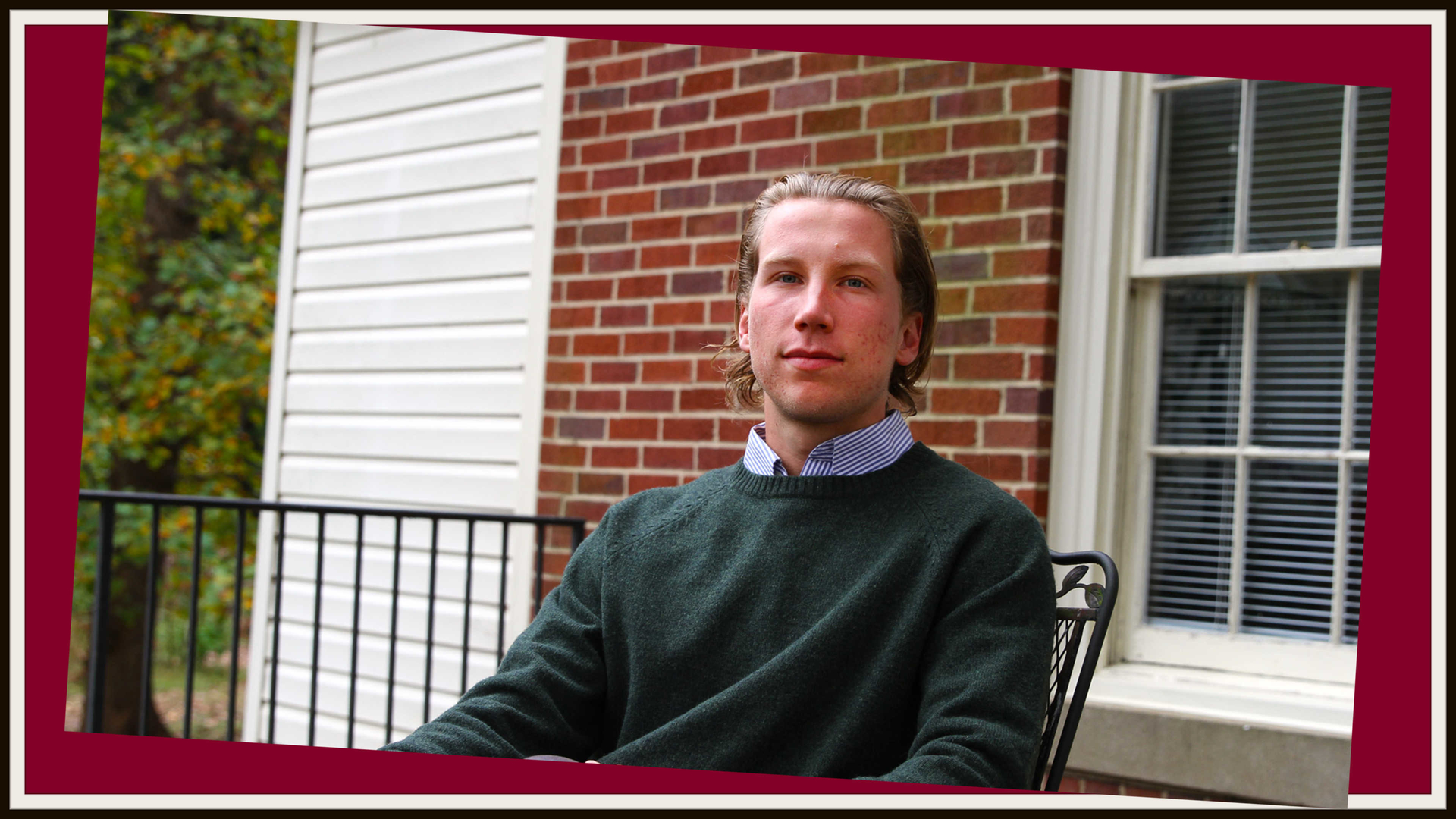 Bonner Scholar Ben James ’22 had plans to play soccer for a college in his home state of Pennsylvania when he realized he needed to make a bigger change.

“Economics is not just about knowing how to use balance sheets. For me, it’s a foundational experience and also something where you can answer complex questions. It allows you to put theory to practice. People tend to listen to you when you have mixed methodology of qualitative and quantitative approaches.”

“There was a lot of transformation going on, but by the time I made all of these decisions, it was the spring of my senior year, and the recruiting is all but closed by that time,” he says. “During a tournament in February of 2018, the assistant coach from Guilford contacted me and said they were still looking to fill the recruiting class, so I applied.”

Ben didn’t have a chance to visit Guilford before making the decision, but the opportunity to play soccer, as well as the financial aid that went along with being a Bonner Scholar, made it an easy choice.

Ben’s parents recommended studying something practical that could earn him a living, so he planned to be a Business major. Then, a volunteer experience led him to change his course of study. Staying true to his desires to have meaningful impact while honoring his parents’ guidance, Ben switched to Economics and later added an Analytics minor.

“My first service experience was in the aftermath of a deadly fire where five children from Central Africa tragically perished,” he shares. “No longer could I ignore the disparities in northeast Greensboro as I slept in the west.”

Ben wondered what was behind all this.

“I found out at a conference that it was called redlining. In 1933, Greensboro gave out different loans based on the ability that they thought the loanee could repay. It turns out that the large majority of those who were given a large sum of loans were white individuals from the west side of Greensboro,” he explains. “But those who weren’t given loans were people of color. Greensboro doesn’t look that much different now, which I learned through community mapping and exploration.”

This inspired Ben’s philosophy behind the role of economics.

“Economics is not just about knowing how to use balance sheets. For me, it’s a foundational experience and also something where you can answer complex questions,” he says. “It allows you to put theory to practice. People tend to listen to you when you have mixed methodology of qualitative and quantitative approaches.”

In the spring, Ben will study Spanish and environmental economics in Costa Rica, staying with the aunt of a friend he met while studying in the Netherlands. After graduation in the spring, he hopes to be a part of the Congress-Bundestag Youth Exchange for Young Professionals in which he’d spend a year in Germany.

“I wish more people knew about this because not many people apply,” he says. “It's a fully funded program from the Department of State that allows 75 applicants to go live in a small German town where you get two months of intensive language training, three months of study, and three months of an internship.”

His goal in his international travel is two-fold. “As the world globalizes and becomes interconnected, it is no longer good enough to expect all others to speak English. Not only that, but learning other languages broaches cultural barriers and uncovers parts of myself unknown to me.”

On campus, Ben has served in a number of roles.

He notes two professors as mentors who helped shape his academic career. “Mark Dixon ('96) helped me create a mindset of creativity,” says Ben of his first professor at Guilford. “Robert Williams helped me with a more quantitative and technical side but also humility.”

Still much of Ben’s learning has been through experience.

“There are two ways in which leaders can be developed. You enter into a highly resourced traditional network and organization, or you’re boosted into leadership positions that you may not be qualified for and have to learn on the job,” he says. “That’s been a lot of my learning at Guilford — going into positions I’m not qualified for and having a massive, accelerated learning curve. But I said yes to just about every opportunity until I found out what I like. What I’m doing now is still saying yes to a lot of things but it’s more focused.”

Schedule your personalized visit to Guilford College to learn more about service opportunities, the College's 40-plus majors and minors, and available scholarships and to get to know your Admission Counselor. Contact the Office of Admission at 336.316.2100 or admission@guilford.edu for more information.