A Symphony of Studies 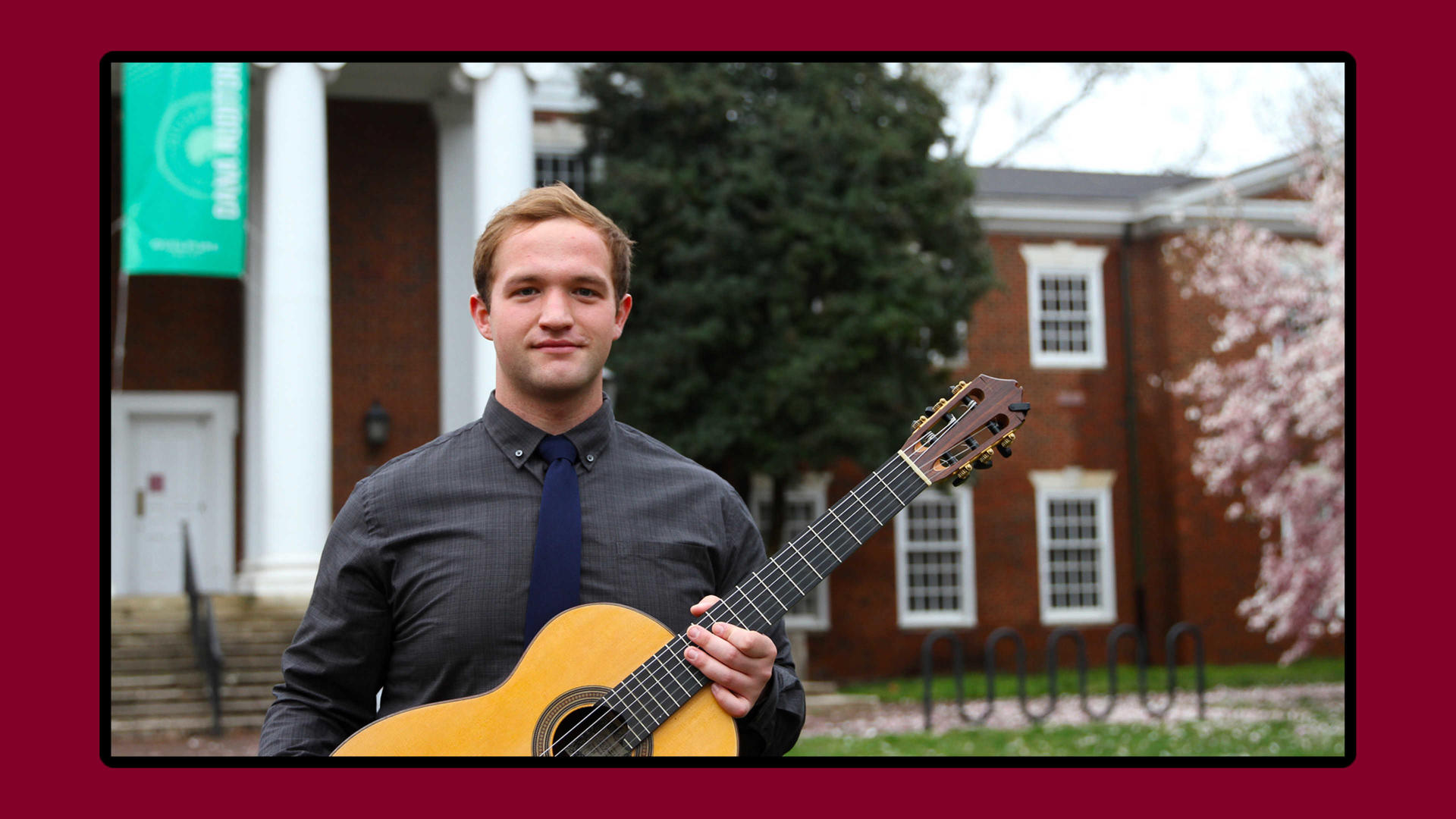 Noah Dabney ’23 has found strength in diversification. A gifted guitarist and cellist from Radford, Va., Noah was studying at the Cleveland Institute of Music in Ohio when he had a change of heart.

“I came to the conclusion that music was not necessarily the only path or the correct path for me professionally,” he explains.

Because of his participation in the Eastern Music Festival at Guilford, the College had always been in the back of his mind.

“I knew it was a place where I could focus on my music and add in other interests,” he says. Noah transferred to Guilford in early 2020.

Pursuing his new interests while keeping the old has resulted in a decision to triple major in Music, Exercise and Sport Sciences, and Health Sciences — with a Chemistry minor thrown in for good measure.

Noah has his sights set on medical school to study sports medicine, a new development in his plans. He says he’d like to attend Duke University or UNC Chapel Hill.

For now, the triple major is enjoying his various areas of study, despite a heavy course load this fall. After building up gradually from 19 semester hours, he’ll be taking 24 hours in August, preferring to fill his time with pursuits that will help him realize his dreams.

For the past two semesters Noah has also been a teaching assistant in the Chemistry Department. He has served as a manager of the WQFS, the College radio station. And he’s thinking about joining the track and field team this fall.

In early 2021, Noah won a prestigious first-place award from the National Federation of Music Clubs (NFMC), which came with a prize of $2,000 for his guitar performance. Encouraged to enter by Music Professor Kami Rowan, Noah is glad he did.

Because of pandemic restrictions, the application was entirely online and involved 25 minutes of continued musical performance recorded on video. His selected works were “Prelude from Suite in E Major BWV 1006” by Johann Sebastian Bach; “Mysterious Habitats by Dušan Bogdanović;” “Grand Solo” by Fernando Sor; and “Letting Go” by Andrew York.

Introduced to music early in life, Noah recalls the origins of his guitar prowess. “My grandmother happened to have a guitar in her house,” he recalls. “At some point she gave the guitar to me. And my mom was a professional musician so music was always going to be part of our lives.” The young musician also took up the cello in eighth grade and played all the way through high school, including with his local youth symphony.

Noah reflects on his academic path thus far: “I think having the position that I’ve had in my life, with access to resources and privileges, has certainly served me well, and I wouldn’t put those aside. But as far as just what I have put in, I think that the well-roundedness and diversification is something that I would recommend to just about anybody.”

Are you interested in studying science at a liberal arts college in North Carolina? Schedule a visit to Guilford to learn more about the College's strong academic programs, as well as its variety of athletic and extracurricular activities.