Many Roads Toward Guilford 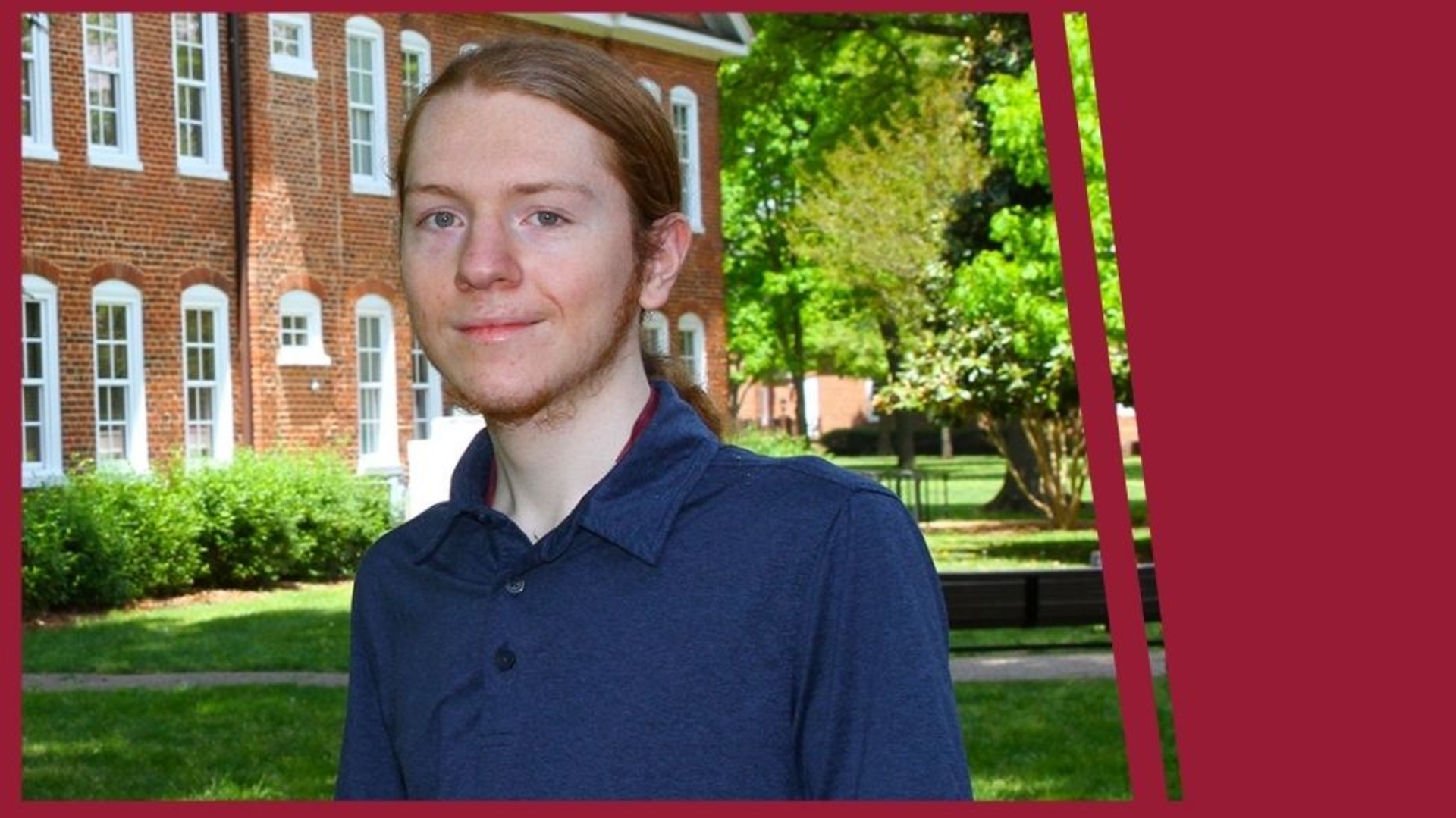 Caleb Huppert ’22, an Honors student majoring in Biology and minoring in Chemistry, Japanese, Art, and Creative Writing, is clearly known for going above and beyond. Graduating after only three years at Guilford, he plans to accept a full ride to ECU’s Brody School of Medicine.

“When I toured Guilford, I fell in love with the campus. I really liked the small size. It was also stressed to us how much the faculty and staff care about student learning. Overall I just had a strong feeling that Guilford was the place for me. After visiting it quickly moved to the top of my list.”

“I was very unsure of where I wanted to go to college,” Caleb says. “I remember feeling like I didn’t care where I ended up. I was going through the motions of touring and decided I would settle on whatever my parents thought was best.”

Then Caleb discovered Guilford during a college fair at his high school.

“When I toured Guilford, I fell in love with the campus. I really liked the small size,” he says. “It was also stressed to us how much the faculty and staff care about student learning. Overall I just had a strong feeling that Guilford was the place for me. After visiting it quickly moved to the top of my list.”

Although having a primarily scientific background, Caleb has found comfort within his Creative Writing minor.

“I think the thing I’ve loved the most about Guilford is the faculty,” he says. “All of my professors have been supportive and helpful in my learning.” Guilford’s English and Creative Writing Department is known to foster independent growth and thinking among its students due to its outstanding professors.

“The courses and professors that have had the strongest impact on me have been in the English Department,” he shares. “Their classes are always so full of energy. I feel like they foster a great classroom environment where everyone interacts and reads each other’s work to improve one another.”

Caleb, who first came to Guilford with plans to become a researcher, wants to go into scientific writing. “Science is often full of ‘difficult to understand' writing. I feel that my Guilford classes have prepared me for the amount of writing associated with science,” he says.

He intends to continue his education this fall. He received a full ride to East Carolina University for its MD/PhD program. He’ll start graduate school at ECU’s School of Medicine within the biochemistry program.

“The ECU Brody School of Medicine is a very small graduate program, only accepting around five new students a year,” he says. “The faculty seem very attentive to their students, and the other details of the program seemed better than everywhere else I applied.”

“If I could give any advice to myself, or incoming students, it would be that plans change, and that’s okay,” Caleb says. That’s because he has become comfortable with the unknown, like many who have come before him.

“Sometimes you want to change career paths, but you can stay in the same major. However, I’ve known people who have changed majors multiple times at Guilford. It’s impossible to know everything you want to do before coming to college. That’s why we go to college,” he says. “I would say to focus on learning about yourself as much as you learn in class. That’s the only way to make the decision that’s best for you. And if that decision changes down the road, that’s okay.”

Are you passionate about medicine and health care? Are you looking for a North Carolina college with a pre-med program, as well as a variety of majors to help you explore foreign languages, writing, and art? Schedule your personalized visit to Guilford College to meet students like Caleb, who share your interests.

“I found out he was attending Guilford at the same time his parents did, on senior night for baseball season.”

Kelsey Reilly ’20 chose Guilford because of the small class sizes, the number of opportunities for hands-on learning and…

Having grown up in Greensboro, Donna Tran ’24 was no stranger to Guilford. Now that she’s a student she is no stranger at