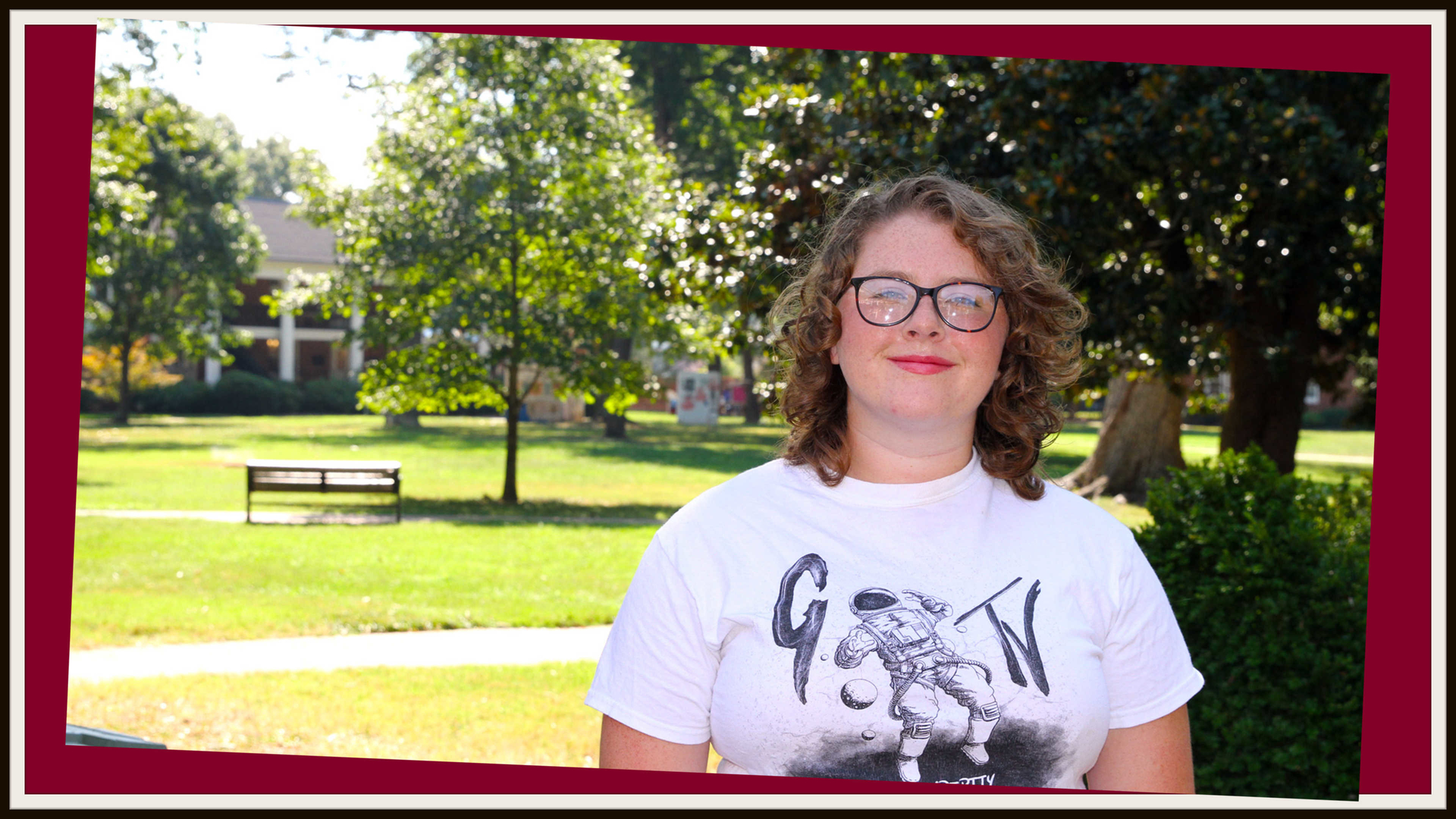 Hannah Arnett ’21 lives life off the beaten path. Something of a paradox, the Exercise and Sport Sciences major, Biology minor, and Honors student plans to roam the country after graduating early from Guilford this December. Yet she also yearns for the permanency of a place to call home. So what does she do? She buys an old school bus to renovate into her next home. 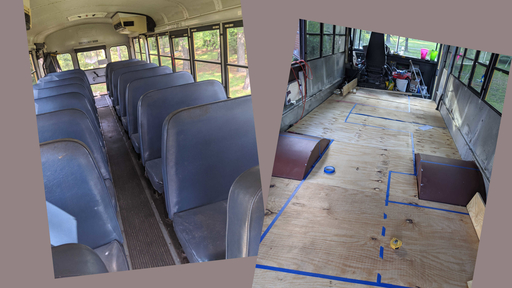 “I’ve been interested in tiny living,” Hannah says. “I don’t need that much stuff. And the purpose of graduating early is to spend the spring semester and the summer traveling, and then when I decide to go to grad school to become a trainer, I don’t necessarily have to live on campus.”

"The purpose of graduating early is to spend the spring semester and the summer traveling, and then when I decide to go to grad school to become a trainer, I don’t necessarily have to live on campus.”

Life Is a Highway

The more-traditional route of buying a house and having a mortgage at this stage doesn’t appeal to Hannah. “I want to be self-sufficient,” she says. Hannah began researching different challenges and found renovating a bus to be the most economical, based on her savings and travel goals.

The 1998 bus is 27 feet long, and Hannah has made significant progress on making the interior a comfortable living space. The Golden State native plans to visit Louisiana, Texas, California, and Washington, places where she’ll visit friends and family while getting a feel for where she wants to further her studies.

Hannah plans to eventually enroll in graduate school to earn a degree in athletic training, a good middle ground to her previous interests in physical therapy and prosthetics and orthotics. Her dream is to become a trainer for a professional team. Another bonus: The job involves a lot of travel. 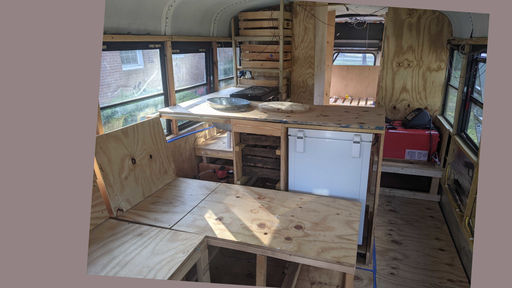 After her family moved from California to Elizabethtown, N.C., Hannah was recruited to play tennis for Guilford. She was immediately drawn to the supportive atmosphere on campus during an Open House, something she says you can’t find at larger schools. The built-in friendships on the tennis team made a big impact on her, too, especially early in her college career.

“All of the girls are important to me,” she says. “I felt really supported by them even when I was struggling with different things my first year. They were really there for me, and we had just met, so I didn’t expect them to be there, but they were.”

Because community is so important to Hannah, she has also been involved in student government at Guilford for the past two years. She started when the board was looking for a marketing chair and was later elected president. “There were a lot of things going on at Guilford at the time, and I wanted to support the voices that needed to be heard,” she says.

Yet Hannah’s true passion at the moment is her bus project.

“I could talk about it all day,” she says. “Even my friends who have known me for a long time will say, ‘This is definitely something up your alley, but I didn’t think you’d actually go through with it.’ Then I send them a picture of the bus in my backyard and they're like, ‘Whoa!’”

Are you interested in the non-athletic side of a sports career? Schedule your personalized visit to Guilford College to learn more about the well-known Sport Studies program, as well as the impressive Biology program and rewarding Honors Program. For more information, contact the Office of Admission at admission@guilford.edu or 336.316.2100.