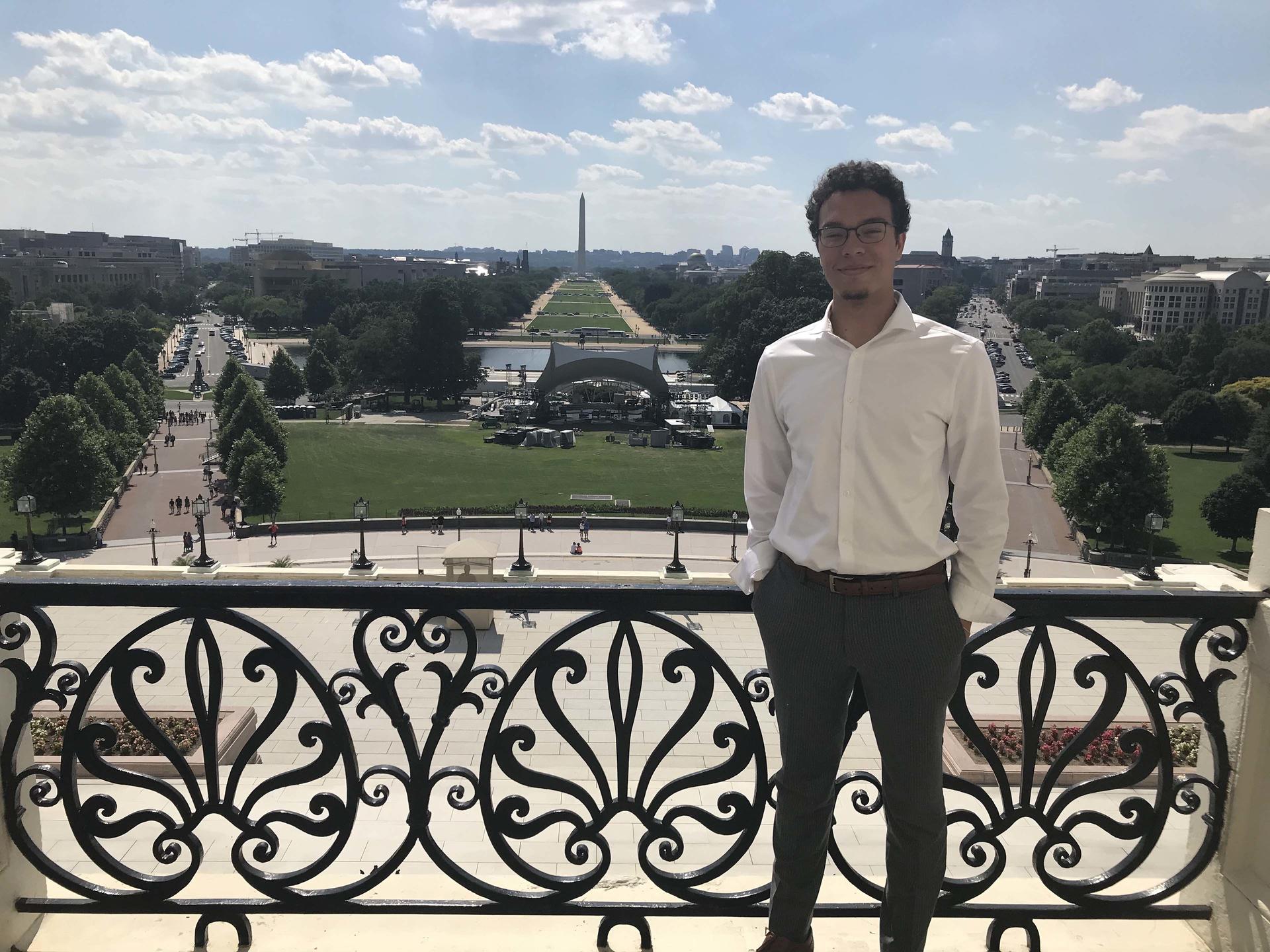 Hi, I'm Colin Ganges '20. This summer I have had the distinct opportunity to be a legislative intern for Congressman Al Green on Capitol Hill.

I was fortunate enough to be a Center for Principled Problem-Solving scholar and be provided a stipend to offset some of the expenses in D.C. Accompanying the internship, I was selected to be a part of the national organization, The Institute for Responsible Citizenship, which accepts 10 black men per year and helps facilitate an internship in D.C. along with the opportunity to meet with influential leaders such as Colin Powell and Congressman John Lewis.

Within the Congressman’s office I primarily worked on social policy (immigration, LGBTQ issues, and gun control). My largest role was within immigration where I attended briefings, researched legislation, wrote talking points (a summary), and stayed on top of the current events. Immigration was particularly an emphasis this summer with two immigration bills introduced to the House Floor that I helped research and write talking points for, as well as the policy of separating children at the border. This was the singular issue I spent the majority of my summer working on and was both moved to understand the intricacies of the polices and the rationale behind them. Within the area of LGBTQ legislation, I was responsible for contacting congressional offices and providing information about a Resolution that would recognize June as LGBTQ month that Congressman Al Green introduced this summer. This was one of my major achievements due to the fact that the same resolution was introduced last year with 37 co-sponsors, but this year we were able to obtain 100.

When thinking back on the summer, I was not only able to gain knowledge and experience within national politics but given skills that both compliment and were complimented by my work at Guilford. The emphasis on research in many of my courses provided me an understanding of the research process when given the task to read a bill and write a summary for it, which I had never done before. The internship also taught me what working on Capitol Hill and a fast-paced environment is like, especially one in which the schedule for the day could change at any moment. Lastly, the internship gave me the opportunity to experience D.C. in its entirety and enjoy a lunch break across from the steps of the Capitol.

An Internship That Delivers

It’s a quiet morning at the Magnolia Birth Center — there aren’t any clients today. And while quiet isn’t something the birth center always sees,…

My name is Amber Dubois and I had the amazing opportunity to work in the athletic media relations office at Towson University this summer. I am a…