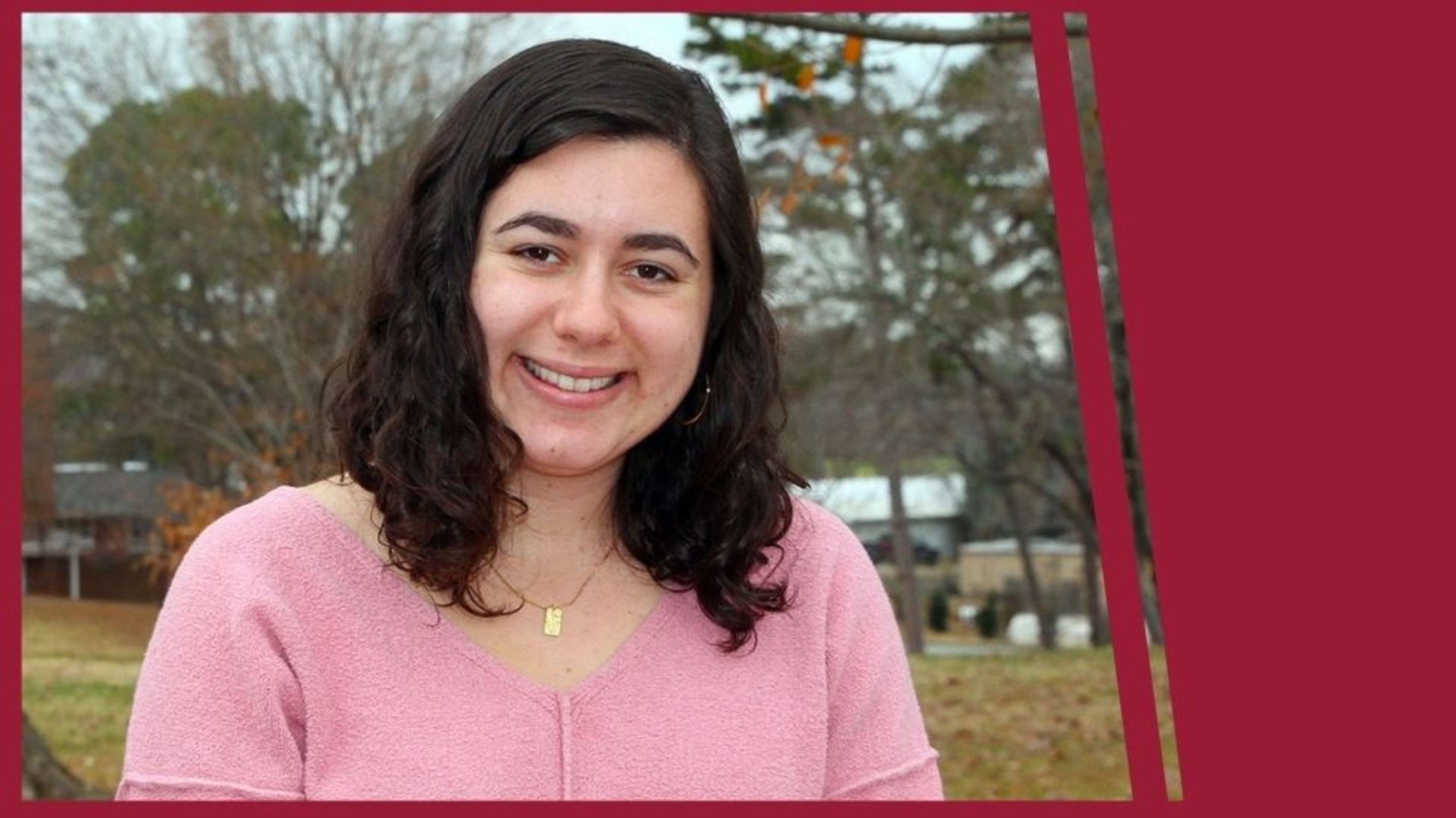 As a senior with a near-perfect GPA, Jenni Camhi ’22 overcame feelings of inadequacy to not only become the editor-in-chief of the Guilfordian but to also reimagine its production during a pandemic.

"There was something about the school that was really striking to me. Everyone who's been to Guilford knows that it's very beautiful. I met so many nice people. I actually got to sit in on a journalism class, which was really fun. I started considering it because of how nice the people were and the small class sizes.”

Like many others, Jenni’s plans for an internship outside Guilford were derailed due to the health crisis. However, leading the College newspaper during this unprecedented time proved to be an invaluable experience that she’d be hard-pressed to replicate in any internship.

“It was a very odd experience trying to reconfigure this entire system and this newspaper for an online setting and an online audience,” says Jenni, noting the project’s difficult and time-consuming nature. “Tracie Fellers is the adviser for the paper. She really is amazing and helped a lot, so we've been a team in figuring out how to navigate all of the obstacles presented.”

Growing Into the Role

Jenni, an English and Media Studies major with minors in Communications and Business, turned out to be well suited for the editor role.

Early in her college career, she decided to forego the Honors Program to focus on her studies and the Guilfordian. As a first-year student, she was a staff writer and reporter and did some copyediting. The following year, she became the executive copy editor and started doing that full time. The editor-in-chief during Jenni’s tenure as executive copy editor told Jenni that she had to follow the line of progression.

“I've never really been in a leadership position like that before, so it was definitely intimidating at first. I didn’t know if I wanted that much responsibility,” Jenni recalls. “Soon I became convinced. A lot of people were graduating, so someone needed to step up and do the job who had already been on the ad board and had experience. I ended up having the unique experience of being editor-in-chief during the first full school year of the pandemic.”

An avid reader of novels, news, and everything in between, Jenni’s family knew she was majoring in English before she did. Jenni was involved with her high school newspaper and had her heart set on another college until her father persuaded her to consider Guilford. Once she visited the picturesque campus, she was hooked.

“I eventually gave in and was like, ‘Okay, my dad is usually pretty smart. I should probably take his advice and go for a tour.’ There was something about the school that was really striking to me. Everyone who's been to Guilford knows that it's very beautiful,” Jenni says. “I met so many nice people. I actually got to sit in on a journalism class, which was really fun. I started considering it because of how nice the people were and the small class sizes.”

Jenni notes that Tracie and Robert K. Marshall Professor of English Heather Hayton were integral to her success at Guilford.

“They are the ones who stand out as mentors and role models,” she says. “They helped me figure out what I’m doing and where I'm going, which is really hard sometimes when you're just trying to stay afloat.”

Jenni has a variety of ideas for the kind of writing she’d like to do after graduation. She is considering working at a newspaper or other publication, teaching, or working as a grant writer.

For those considering a similar path, Jenni has some advice: “Don’t shy away from doing the thing that scares you. For me, taking on the roles of editor-in-chief and executive copy editor were scary things. I didn’t know if I was qualified. You can do it if you work hard at it and give yourself a chance to do it. You don’t have to know how to do everything right away. There was no guidebook for being editor-in-chief. I was kind of thrown into it. You figure it out pretty fast.”

Are you interested in a writing or journalism career? Is creative writing your passion? Schedule your personalized visit to Guilford to learn more about the College's award-winning student newspaper and to meet your future mentors in the English and Creative Writing Department.

“I found out he was attending Guilford at the same time his parents did, on senior night for baseball season.”

Kelsey Reilly ’20 chose Guilford because of the small class sizes, the number of opportunities for hands-on learning and…

Having grown up in Greensboro, Donna Tran ’24 was no stranger to Guilford. Now that she’s a student she is no stranger at