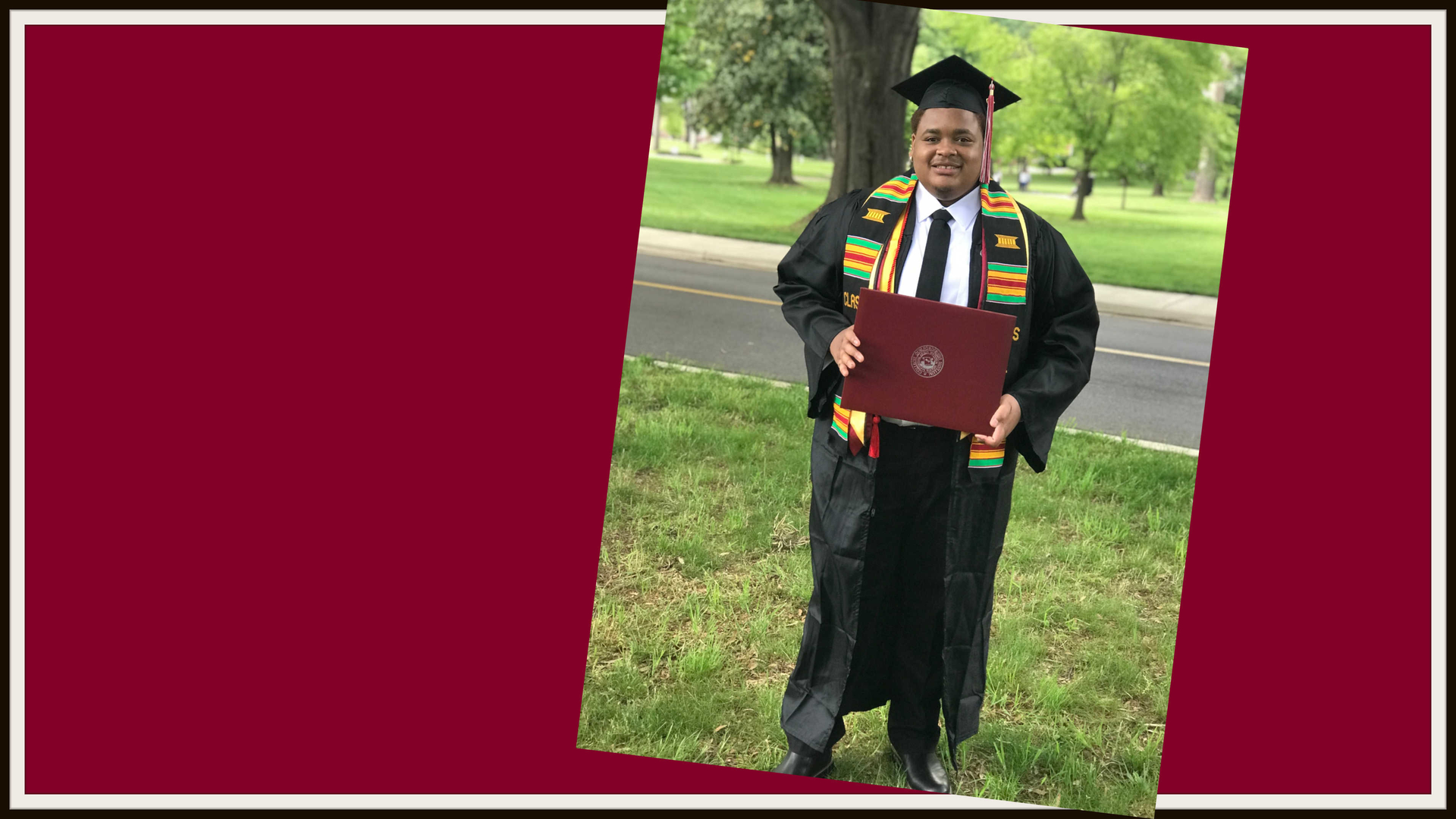 Georgia native Phillip “YP YoungPhil” Williams ’20 came to Guilford to play football. He soon realized, however, that he wanted more time to pursue other interests.

“All the Music professors were supportive when I wanted to switch my major. They were like, ‘Okay, we’re going to help you do this and we understand this is what you want to do.’ They would give me feedback, too.”

He determined that it was best to trade in his helmet for other roles, including his leadership position on the Campus Activities Board as the Music/Live chair. He was also involved in Guilford Christian Ministry, the Multicultural Leadership Scholars Program, and Ultimate Frisbee, and he performed with the Jazz Combo all four years.

Phillip, who plays the trombone and piano, knew he wanted to major in Music and had decided on an instrumental track in trombone. He’d been interested in sound engineering, too, but when he arrived at Guilford it wasn’t available as a major. One day, however, he noticed what looked like a recording studio on campus and asked Professor Tim Lindeman how to gain access. It turns out that you have to take the class, so Phillip signed up right as Jacob Danieley of Guilford Technical Community College (GTCC), was coming in to teach the course.

“The professor asked if this is what I wanted to do, and I said yes, I’d rather do this than trombone,” he recalls.

In the meantime, a group of professors, including then-Music Department Chair Kami Rowan and Drew Hays, had been working with GTCC’s Larry Gatlin School of Entertainment Technology. Their goal was to create a partnership between the schools, bringing the Recording Track to Guilford, just in time for Phillip to become the first to graduate from the program.

“All the Music professors were supportive when I wanted to switch my major,” Phillip shares. “They were like, ‘Okay, we’re going to help you do this and we understand this is what you want to do.’ They would give me feedback, too.” 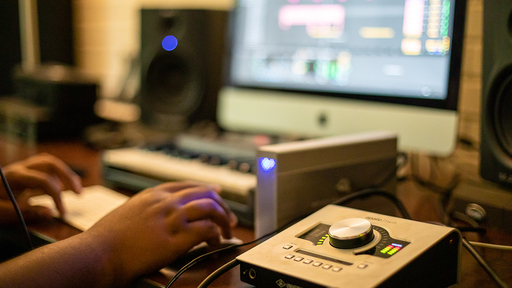 Recording in the Real World

Phillip currently works as an assistant engineer at Blue South Recording Studios in Atlanta. He manages interns and makes sure the studio is ready for artists. He also double checks that engineers have everything they need, like extra microphones. “Overall, it’s taking care of the business of the studio, making sure things run smoothly during sessions,” he explains.

He also records his own music — as YP YoungPhil — and adds it to major streaming platforms. Much of his music was actually recorded during his time at Guilford. Phillip’s musical interests vary and span such genres as R&B, pop, and rap.

Phillip looks back at his time at Guilford fondly and recommends that students enjoy the experience and take advantage of what the school has to offer.

To Recording Track students he particular says, “If you want to do it, take it seriously. The program that people use most in the industry is Pro Tools. You really need to learn that software if you want to succeed. Really pay attention to what your professors are telling you, the tips they’re giving you, even though it might not make sense at the time. Just try it. And if you have the opportunity, do a studio internship while in college.”

Are you interested in studying music and recording your own tracks before you even graduate from college? Schedule your personalized visit to Guilford College to learn more and chat with your Admission Counselor.

The Power of an Encouraging Word

Vung Ksor '17 always wanted an education, but being of the Jarai Montagnard community in the southern mountains of Vietnam there…

Kelly L. Taylor ’15 arrived at Guilford in a not-so-typical way.