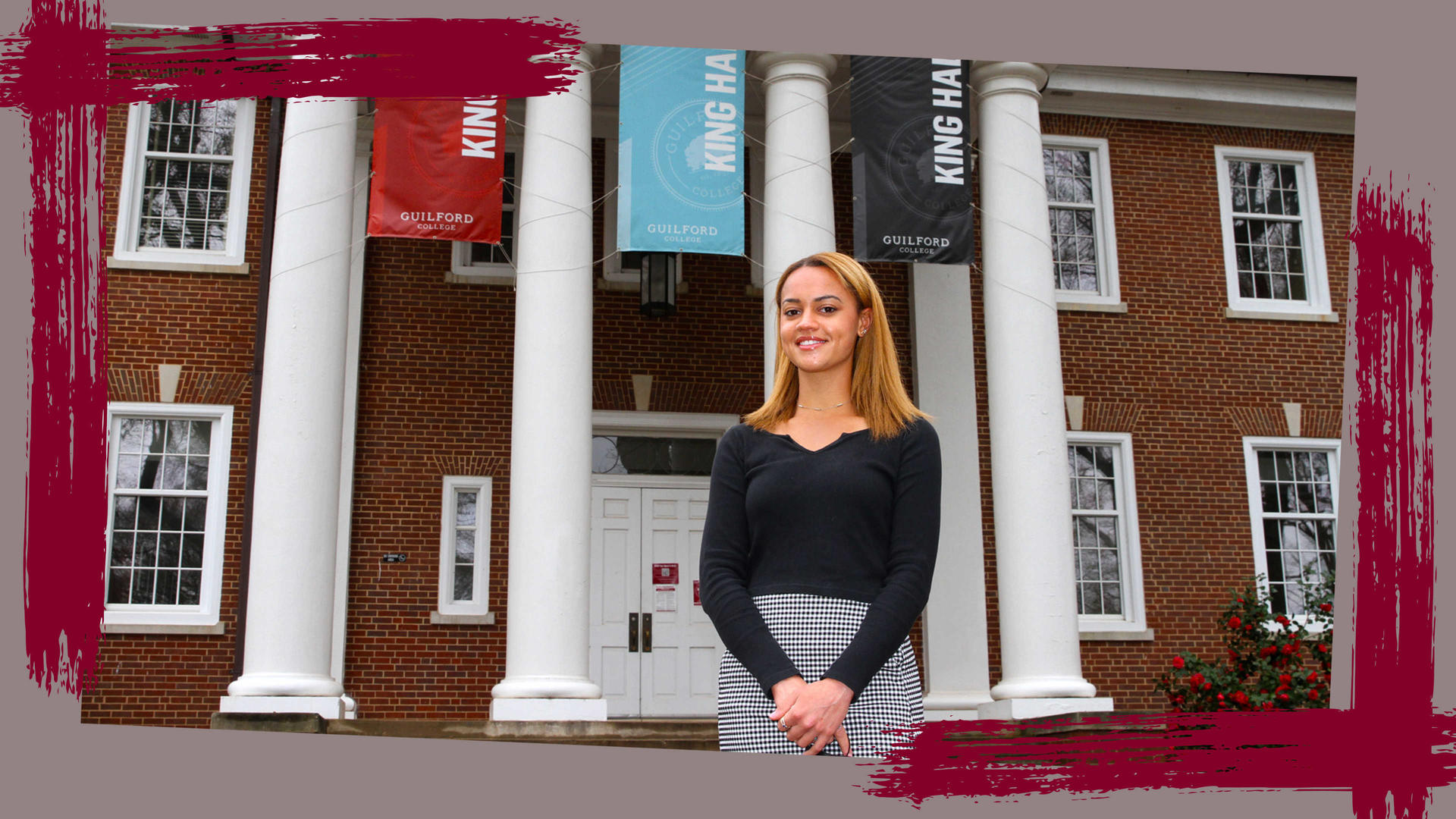 The world is Bea Niyibizi’s ’22 proverbial oyster. Before she was a high-school junior, transfer student Bea had lived in six different countries. Born in Baltimore, Md., to her American mother and Rwandan father, she moved with her family to Uganda and later to France, Burkina Faso, Rwanda, and Zambia due to her mother’s development work with International Non-Governmental Organizations (INGOs).

“The environment at the University of Maryland was way too big for me.... I had heard about Guilford. I liked the idea that it has the same type of values as my high school since they are both Quaker institutions. I also liked that I would know better who was teaching me.”

After Zambia, the family returned to the U.S., and Bea completed her final two years at Westtown School, a Quaker day and boarding school in Westchester, Pa.

The Road to Guilford

From Westtown she went to the University of Maryland, College Park, for her first year of college. She made friends easily there but felt it wasn’t a good fit academically. Bea decided to take a gap year and then transferred to Guilford College for the 2019-20 school year. The College’s smaller size was one of the main draws for Bea, a Political Science major and a Peace and Conflict Studies minor.

“The environment at the University of Maryland was way too big for me academically. I was struggling with one class that had 500 people in it. I needed a shift,” she says. “I had heard about Guilford. I liked the idea that it has the same type of values as my high school since they are both Quaker institutions. I also liked that I would know better who was teaching me.”

When she arrived, Bea noticed a huge difference. “People were a lot friendlier right off the bat,” she says. She was also invited to walk on to the College’s women’s tennis team because of her experience in high school. “I was able to meet a lot of people, and that is really appreciated,” she says.

Bea is now poised to take on world issues thanks to her upbringing and her Guilford experience. She particularly enjoyed her international relations course with Political Science Professor Ken Gilmore. She also notes Ken’s general support and availability to discuss class topics and various opportunities.

“His style of teaching is not like anything else I’d ever had. He’s very energetic and high-level,” she explains. “We would play games in class, almost like Model U.N. We all represented different countries. There was a new problem every week, and we had to work it out with our country group and have discussions to determine whether our ideas were valid.”

One of Bea’s internship opportunities was with Catholic Relief Services, an INGO in Maryland. She had two consecutive summer internships there with different departments. She helped with an international conference in a variety of capacities, including a role as an English-French translator. “I translated documents and spoke to a lot of the Francophone participants,” she says.

Although Bea is a Political Science major at Guilford College, she is especially drawn to international relations. She notes the bureaucratic work her mother did at the United Nations before getting into nonprofit development. “I have a strong life foundation and believe a lot in different kinds of social-justice movements. Incorporating that on a global scale for me growing up was really important,” she says.

Bea notes she also has a natural inclination to be an advocate not only for herself but for the human rights of others. “I think the best way to get to the root of that,” she says, “would be through not only studying political science but also going to law school. That would help me pursue being a human-rights advocate and also give back to the places where I grew up.”

As for the immediate future, Bea says, “This fall I’m looking forward to being able continue playing on the tennis team for my senior year — and finally being able to graduate!”

Are you looking for a small liberal arts college in North Carolina focused on strong academics and social justice? Learn more about Guilford during a personal campus tour. Register online today.

The veterinary aspirations of Kaylee Zabava ’21 began, literally, from Day One. “When I was born, my family actually had three…