Down Under in New Zealand 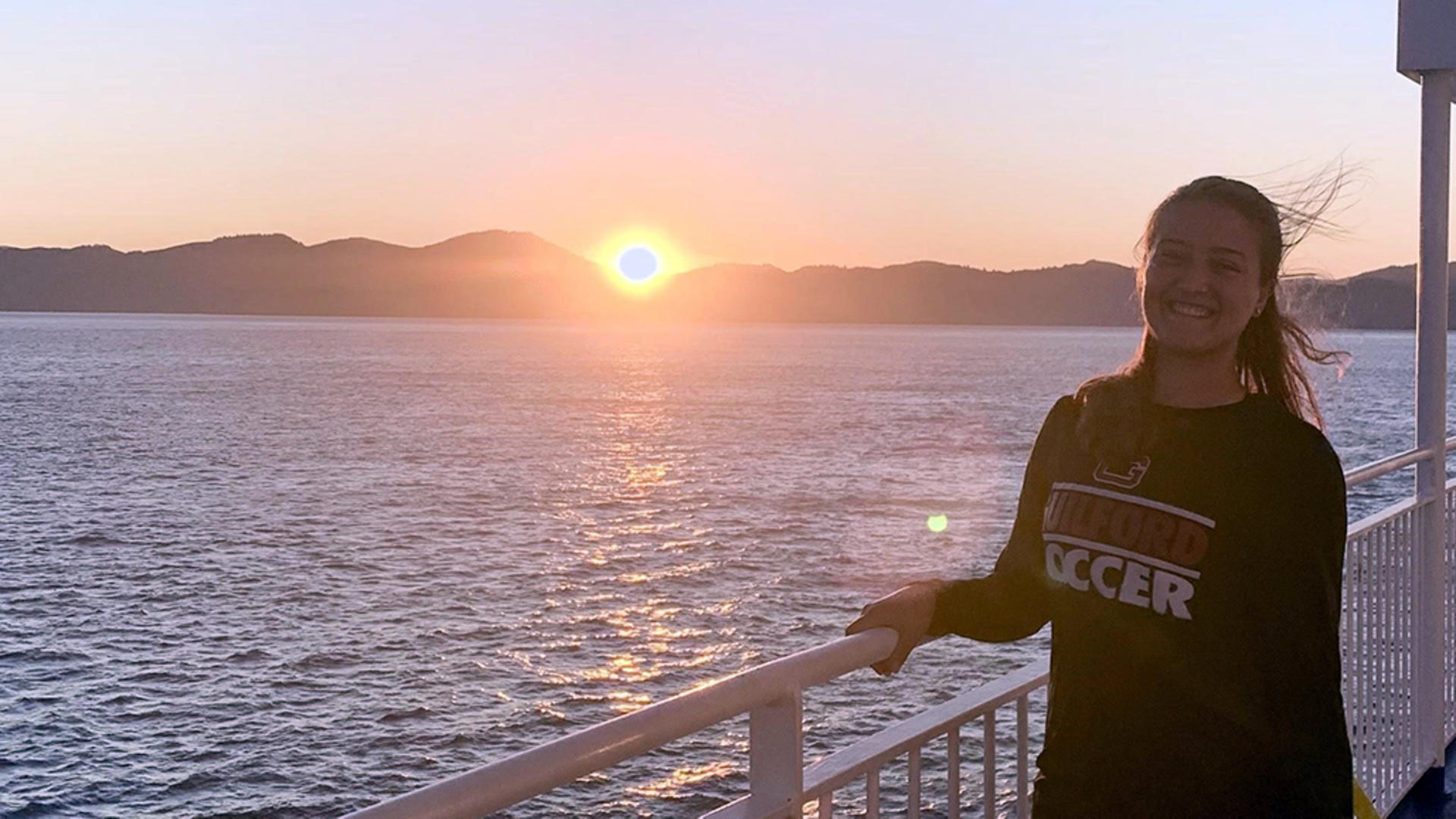 I had the life changing opportunity to travel to Whakatiwai, New Zealand, to study Ecology and Environmental Policy for the spring 2020 semester.

The program that I studied through, EcoQuest, is through the University of New Hampshire, and I soon learned that I was going to be the only student from Guilford attending. The idea of being the only student from the South was a bit intimidating, but it was also extremely rewarding as I was able to meet incredible students from UNH as well as students from the University of Michigan. We were a group of 26 students and were a bit of a handful! Each student had a different area of Environmental Studies that they were focused on for their future and gaining new information from not only the professors, but also my fellow students was really impactful.

Our “base camp” was a compound in Whakatiwai right off the coast of the Firth of Thames on the north island. Our mornings started off early with breakfast ending at 8am and classes beginning at 8:30 a.m. However, our classes were not traditional in any way. EcoQuest took full advantage of New Zealand’s unique environment and held many field lectures and activities.

We were able to travel across the north island to study varying aspects of their ecology. While in these locations we were able to conduct field research as well as admire the incredible beauty of the area. Our field research varied from shellfish surveys in the Coromandel to fish and kina surveys in Leigh, the first marine reserve in the world.

The field research that stuck with me the most was when we conducted water quality tests in Whakatiwai for local farmers who could not afford to have the testing done by an outside organization. We split our group of 26 into three smaller groups to test three separate rivers that flow through the Western Firth Catchment. Freshwater management has always been something that I really enjoy so I was very pleased when my research project was to be directly related to our field research in the Western Firth Catchment.

The entire study abroad experience was life changing, but the people are what really made it incredible. Not only were the students and faculty of EcoQuest amazing, but we were able to interact with multiple Mӓori populations who welcomed us with open arms. We learned so much about their past, culture, and language. New Zealand and its people will always be dear to my heart, my whanau (extended family) forever.

What's it like to live and learn in a castle? (The same castle, by the way, where Harry Potter and friends learned their magic.) Find out from …

A New Home in Korea