Wrestling With the Future 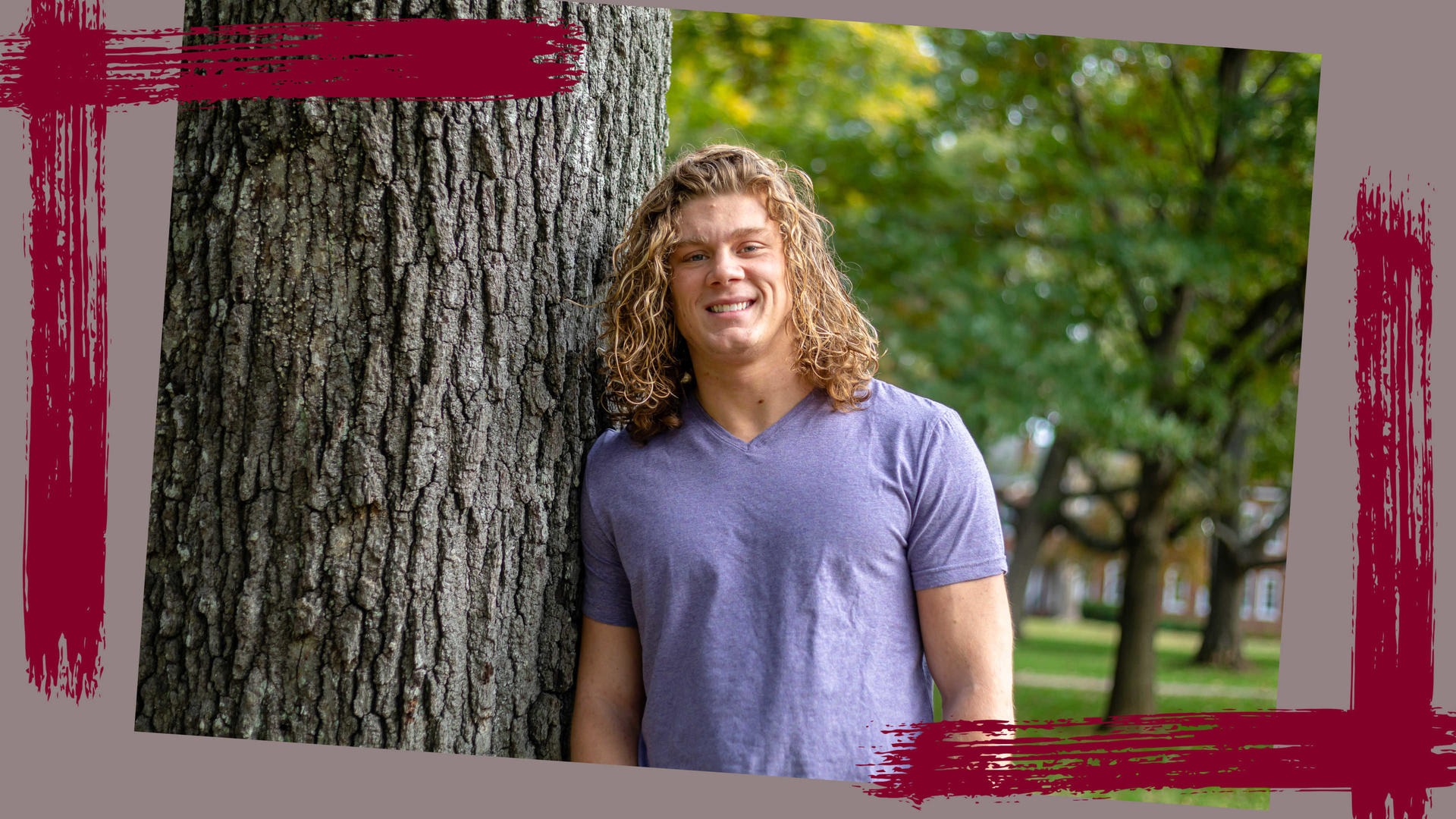 Born and raised in Austell, Ga., later moving to North Carolina, Garrett Griffith ’20 says, “I knew about Guilford, but I hadn’t considered going here until a football coach came to talk to me.”

"Guilford professors are completely invested in teaching and molding students into the best possible teachers."

Garrett remembers a time when he didn’t know what he wanted to study. “I asked myself which classes I would enjoy. Then I thought about what I wanted to do for a career,” he says. “That was hard to do because graduating was so far in the future.” So Garrett, now a double major in Education Studies and History, turned his uncertainty into a conversation.

“When I talked to the important people in my life, I told them I could see myself being a high school football coach. It made sense that I should teach, too, but I was unsure if I would be successful in the Education Studies program,” Garrett explains. “Once I started taking the courses I realized I was pretty good at presenting lessons. Guilford professors are completely invested in teaching and molding students into the best possible teachers. And deciding what to teach was an easy decision. I have always enjoyed history, so teaching it seemed like the logical path.”

“The wrestling industry is ... a diverse environment, so I definitely think the experiences I’ve had at Guilford will benefit me throughout my career.”

Running up and down a field, court, or around bases is nothing new to Garrett. “Growing up I played football, basketball, and baseball. In high school I focused on football and decided I wanted to play in college,” he says.

After Garrett’s first year on Guilford’s football team he accomplished one goal and was on to the next. Playing around on his trampoline with his best friend and now tag-team partner, Marcus Kross, quickly led to practices in the ring.

“One day, we began talking about how fun it would be to do this for real,” he says. “We went inside, Googled wrestling schools in our area — I really didn’t think anything would pop up — but several schools came up and we emailed one for more information.”

The two began training at Fire Star Pro Wrestling in Greensboro and quickly realized it was something they wanted to pursue as a career. They also caught the eye of William Behrens, a prominent wrestling promoter and agent.

“Bill has been in the business for years and is currently the agent for many wrestlers, including current Ring of Honor, WWE, and AEW wrestlers,” Garrett says.

Garrett continues to go to school and work local wrestling shows during the week, as well as attend out-of-state shows on the weekends. “The wrestling business is tough. You have to put in your time. And we hope we have continued success in the business. Keep an eye out for Master and Machine!”

As an Education Studies major, Garrett was required to perform an internship.

“The students I helped with are from diverse backgrounds. Working with them helped me understand that how a student performs in school is influenced by their experiences outside of school. And I realized that I can make a difference in their lives,” he shares.

“What I love most about being a student at Guilford is how my mind has expanded by being a part of such a diverse place. My peers and I are really encouraged to share our opinions in class,” he says. “The wrestling industry is also a diverse environment, so I definitely think the experiences I’ve had at Guilford will benefit me throughout my career.”

For Garrett, being focused and showing up with the right attitude and mentality is the key to success both in and out of the ring.

To learn more about the majors and minors Guilford offers, as well as a tour of campus, schedule your personalized visit today.

Before starting college, Emma English ’23 had never met a lawyer or anyone related to her career field, but that didn’t stop her…

Starting Out on the "Write" Foot

Greensboro native Deon McFarland ’24 navigated his first year — amid the pandemic — with ease. A wide receiver on the