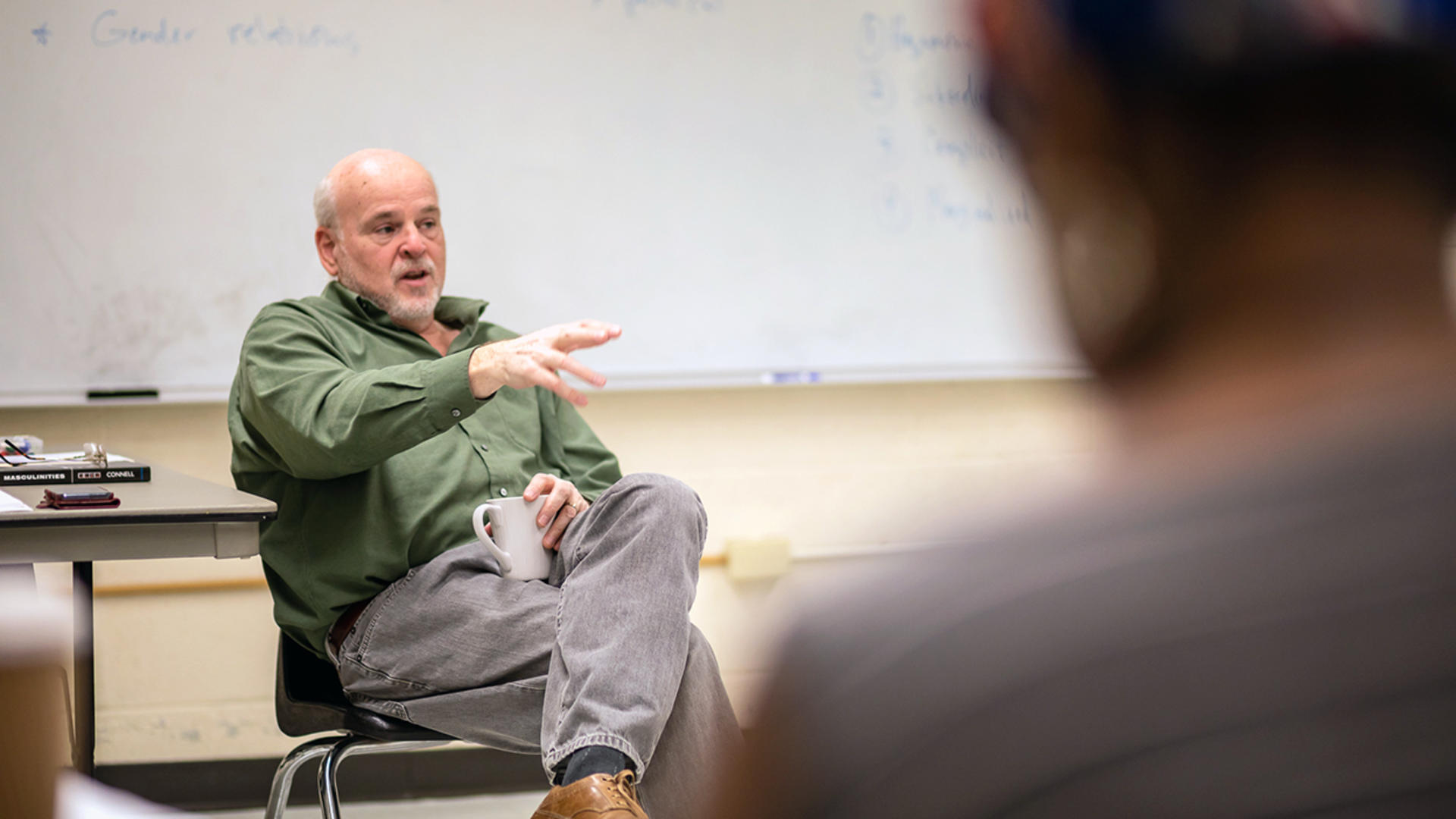 Professor of Religious Studies Mark Justad shares his 20 years of experience studying and teaching male social identities, interdependence, and selfhood in his course on Men, Masculinity, and Religion.

Mark started offering the course at Guilford in 2014, examining basic questions regarding the drive for gender equality, the nature and history of gender, religious thought on gender, and the influence that accepted ways of being and behaving male or masculine have shaped aspects of religious thought.

“Engaging with students on the topic of gender and gender justice is always rewarding. As a significant piece of the historical human experience, and a major touchstone in religious thought, the focus on gender meets students in their own lives in many different ways,” he says.

The course has since grown to explore gender, religion, men’s ways of being and behaving, and its collective influence on western religious thought and practice. Students read and respond to sociological, philosophical, religious studies, and theological texts; participate in discussion-based class periods; compose personal reflections; and submit a final paper.

Through these intensive activities, they learn to think historically and theoretically on a topic that is an active cultural and personal category of reflection and engagement. “Gender, as much as any aspect of culture, is undergoing constant evaluation and change,” Mark says. “And seeking gender justice in an era when we are expanding gender identities and practices ends up being a complicated story to engage.”

Because of the high level of personal engagement and reflection required by this course, students learn to seek understanding of who they are and determine how they will engage with the world — a key component of the new Guilford Edge curriculum. “The Edge asks students to take active control of shaping their Guilford experience. In this sense, the Edge requires the depth of a liberal arts education that asks students to bring their whole self into their learning and their aspirations for the future,” Mark says.

In the future, he would like to offer a more advanced level of the course that draws more heavily on current gender thought and the work of queer religious authors on how ways of understanding gender justice and gender identities are evolving.

Are you searching for an education that prepares you for managing real-world, global issues through evaluation and reflection? Schedule your personalized visit today to learn more about Guilford’s academic Edge.

The Bonner Center for…

Students adventure to Bavaria, Switzerland, and Austria, exploring the magical mountains and rich history by day and diving into dark German…