Guilford Dialogues — An Economy for All 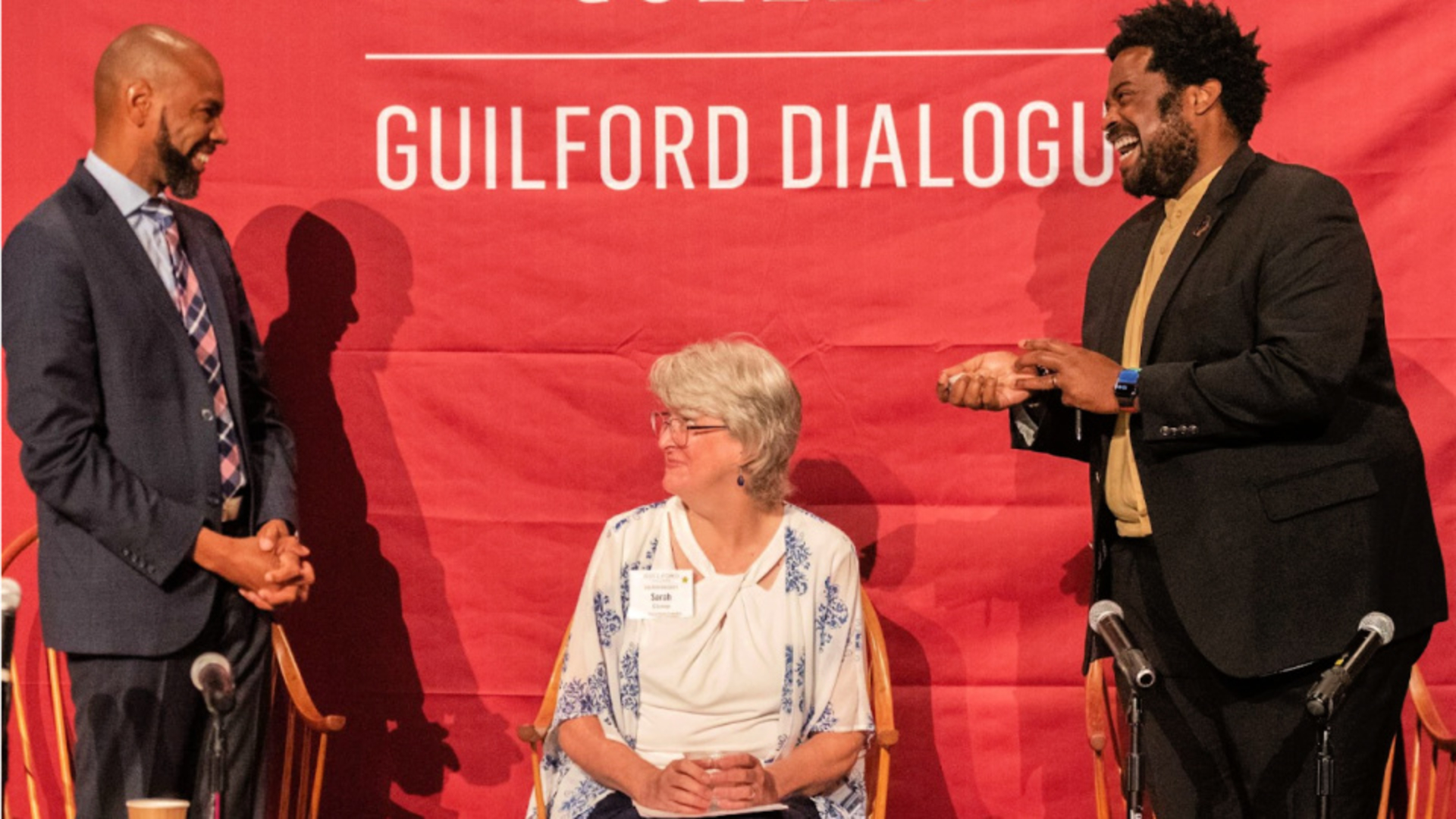 The inaugural Guilford Dialogues, which focuses on economic inclusion, kicked off Tuesday morning with Regina Malveaux, Executive Director of the Washington State Women’s Commission, offering up some sobering numbers.

“Economic inclusion doesn’t reduce your opportunity, it grows the economy which grows everyone’s opportunity and, in turn, everyone benefits."

Numbers like, for every dollar a full-time male worker earned last year, a female peer earned just 83 cents doing the same job. Add part-time workers to that mix and the number for women drops to 77 cents. The number shrinks even more when those women are Black (63 cents) and Hispanic (58 cents).

The question throughout the day, then, was how to include more women, minorities, and refugees in a rapidly growing economy. “How do businesses, municipalities, and individuals value everyone equally?” Regina asked more than 100 conference attendees.

“We know everybody brings talent and labor to create the economy that we have, but … this (economy) continues to be built on the backs of extraordinarily talented, committed, hardworking people who are still deeply undervalued as compared to the majority. This isn’t a 300-years-ago problem, it continues to be a modern-day problem.”

Regina and other panelists set the tone for the day and week ahead for Guilford Dialogues, which has made finding strategies to address economic inclusion its central theme this week.

It’s not just equal wages that needs addressing. Sarah Glover ’88, Director of Family Success Centers for the United Way of Greensboro, told attendees that the high cost of child care remains a huge barrier, blocking many women from even entering the work force. And those who are able to work, she said, become so burdened by the costs that the financial hardships make it hard for them to advance in their careers.

Sarah says child care is expensive, in part, because of increased licensing and training regulations and high staffing ratios required to give children much-needed attention and supervision.

What’s missing, she said, is the funding for that work. “There's very little public investment in child care and that needs to change,” she said.

Only exacerbating the problem is the uneven scheduling prevalent throughout the child-care industry. Many day-care schedules don’t align with public school schedules, forcing parents — often mothers — into part-time jobs to accommodate logistical problems for dropping off and picking up children in day care and elementary or middle schools.”

Sarah says it comes down to better coordination and funding, the latter a piece of the puzzle that is missing whenever cities and states map out budgets.

Lamar Thorpe, the Mayor of Antioch, Calif., says states and municipalities need to rethink how money is allocated. “No (city) minds writing a blank check for a police department, but we have consternation about having universal day care or preschool. When it comes to fire or police, male-dominated departments, no one minds writing a blank check. We need to change that way of thinking.”

Colleen Thouez, who spoke on a panel about including migrant communities — including refugees, undocumented individuals, and others — in a city’s economy said that federal and state funding of local agencies can be better.

“They are on the ground with these people, they know the needs,” she said. “We should be pouring more money into helping them because the return on investment is huge.”

Colleen says people who hold onto the mentality that the economic pie of a city like Greensboro is a finite number of slices and think that for one person to eat they must beat out another are clinging to outdated ideas.

“Economic inclusion doesn’t reduce your opportunity, it grows the economy which grows everyone’s opportunity and, in turn, everyone benefits,” she said.

That theme of growing a communities economy continues Thursday when experts from Guilford Dialogues talk about employee ownership, the role of capital and banking institutions in enhancing inclusion, and how community organizations can make their communities more inclusive.

Where economic inclusion is concerned, the ideas flew fast and furious on the first day of

Dialogues attendees get an up close glimpse of how they can make economic inclusion a reality in Greensboro and beyond.