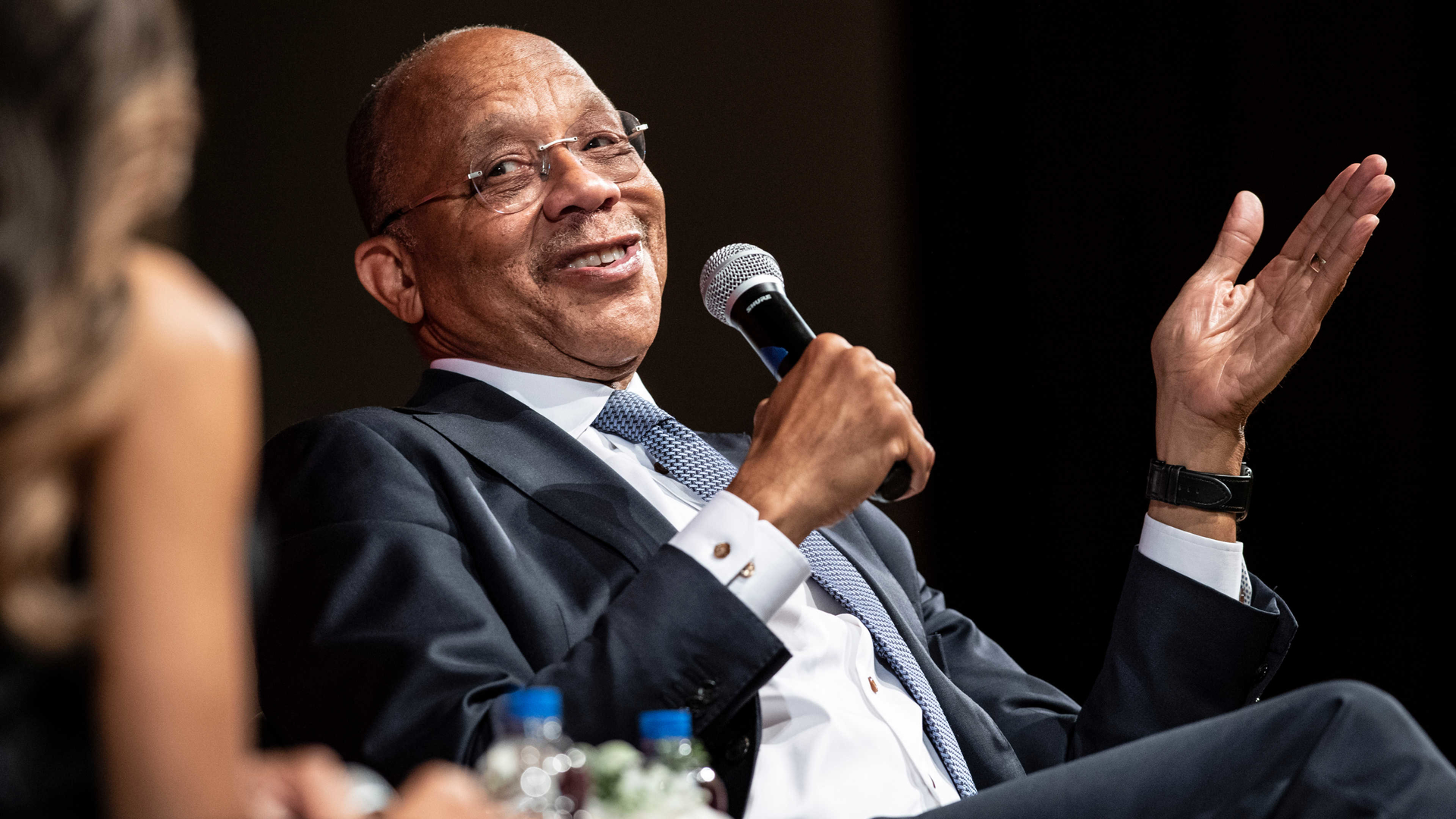 Where economic inclusion is concerned, the ideas flew fast and furious on the first day of Guilford Dialogues, Guilford College’s three-day deep dive into finding solutions to economic inclusion. But the most controversial, perhaps, came at the end of a long day from Pulitzer Prize-winning columnist Eugene Robinson at Dana Auditorium.

“The more people you empower with the knowledge and skills needed to not just succeed but to be creative and to advance and to form companies and to make you better, the better … the better off we all are."

In a wide-ranging conversation with City of Greensboro Communications and Marketing Director Carla Banks, Eugene said it’s well beyond time for U.S. cities and the nation as a whole to consider reparations to Black Americans.

“We're now at a point where we have to take steps to compensate for the long centuries of discrimination,” he told an audience of about 250 people, wrapping up the Dialogues’ first day. “We have to create opportunities and we have to do that mindfully.”

He acknowledged that reparations, long debated by a nation built at the expense of labor and wealth from African Americans, come with an expensive price tag. But in the same breath, Eugene, who writes a twice-weekly column for The Washington Post, sees recompense not just as an investment in people of color but also the economy.

Eugene suggested that reparations don’t always have to be financial. He said access to more educational opportunities for Black Americans would also help grow a more inclusive economy.

“The more people you empower with the knowledge and skills needed to not just succeed but to be creative and to advance and to form companies and to make you better, the better … the better off we all are,” he said.

Eugene argued that not only does it make sound financial sense for a more inclusive economy, reparations come with the added virtue of being the right thing to do. “There are 400 years of history in this country that argue persuasively that there is an actual debt imbalance that is owed to African Americans in the United States that has never been paid,” he said.

“People get freaked out … sometimes with the word reparations. But when you actually look at and understand the system of how African Americans were deprived of wealth and opportunity, over decades and centuries in a way that compounds the theft, it's hard to argue against,” he said. “It's not going to redress 400 years of theory but it'll do something.”

The Guilford Dialogues continued today at the College with more than 150 attendees on campus and 55 experts discussing strategies for developing a more inclusive economy for minorities, women, immigrants, and refugees.

Eugene said he was inspired by the College’s efforts to tackle an issue as big as economic inclusion.

“It's exciting to participate in the Dialogues,” he said. “Anyone who follows the stuff that I write and talk about knows how difficult it is to get anything done on a national level. I’ve come to think more and more that the good new ideas and the new approaches and solutions are coming from events like these.”