President Kyle Farmbry announces that LaDaniel Gatling II will be the next Vice President for Advancement at Guilford College. 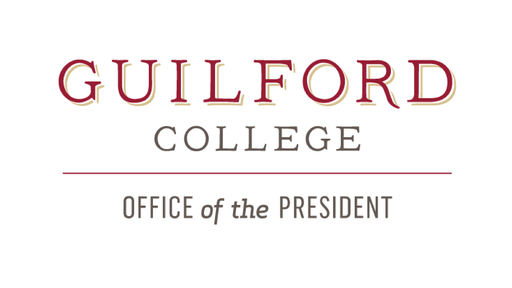 Danny interviewed the week of Jan. 24 along with another finalist. They were among four candidates recommended to me by the Search Committee, which was led by Interim Vice President Gordon Soenksen and included faculty, staff, trustees, and alumni. I am grateful for the careful considerations they made in this process, which resulted in an experienced, talented, and diverse candidate pool.

Danny has a strong track record in higher-education fundraising and administration at five institutions in North Carolina. Upon arriving at Bennett, he designed and implemented the Stand with Bennett Campaign that raised more than $9.5 million in 60 days to support the college and its operations. He contributed to the $4.25 billion Campaign for Carolina as a Director of Development at UNC Chapel Hill and coordinated the law school effort for Elon University’s $250 million Elon Leads campaign as Assistant Dean for Development after leaving Guilford in 2014.

In seven years at Guilford, Danny had increasing responsibility in three Advancement management positions including as Associate Vice President for Philanthropy. He supervised the areas of major gifts, annual giving, planned giving, and donor relations and stewardship and, as a major gift officer, secured more than $6 million to support the Advancing Excellence Campaign that concluded in 2014 with more than $60 million raised.

Prior to working at Guilford he spent two years as Associate Vice President at Bennett, securing gifts to close out a $50 million Revitalizing Bennett Campaign. He began his fundraising career at N.C. A&T State University, his alma mater, in 2001.

Danny and his family have been Greensboro residents for years. At N.C. A&T he majored in Engineering, worked in wealth management after graduating and found his calling in higher-ed philanthropy. He has a deep knowledge of our community and a wide range of Guilford constituents, and a passion for connecting and reconnecting with our benefactors, alumni, and friends. And I very much hope that we can leverage his joining our institution as VPA as a way to also build collaborative linkages with other colleges and universities in the area.

I know you will join me in welcoming Danny back to Guilford as our Vice President for Advancement.