Another First for Jennifer King '06 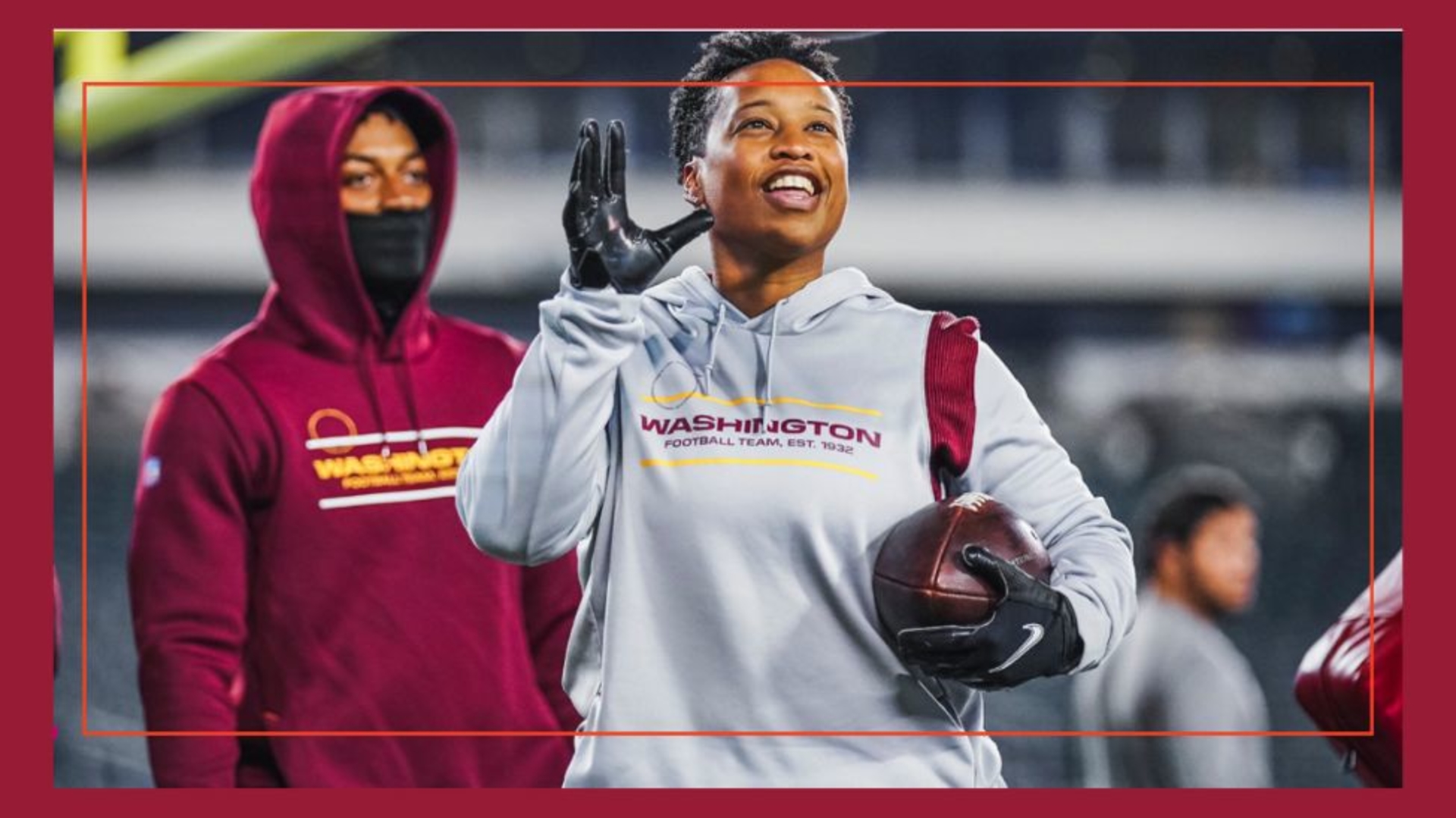 The first African American female full-year coaching intern who later became the first woman positional coach in a major college all-star game is now promoting one of the fall’s most anticipated movies.

Jennifer is featured in a trailer for the upcoming movie The Woman King, which is based on the all-female Agojie warrior unit that protected the West African kingdom of Dahomey between the 17th and 19th centuries.

The 30-second trailer blends clips of Jennifer leading Commanders’ players during a practice with scenes from the movie itself.

The film takes place in the 1820s and follows the story of Nanisca, played by Oscar winner Viola Davis, who is charged with training the next generation of Agojie warriors to fight against enemies looking to destroy their way of life.

It makes sense that Sony would want to partner with Jennifer to promote the movie. A two-sport athlete at Guilford, she knows a thing or two about changing the world. She’s one of only a handful of women coaching on an NFL team.

The trailer features a voiceover from Jennifer, who says changing the world "might not be an easy road, but grab some armor and fight anyway."