This week, a growing coalition of colleges and universities joined Welcome.US, a new national initiative, in announcing the Welcome Campus Network, which will amplify the work of higher-education institutions to welcome and support newly arrived Afghan refugees. 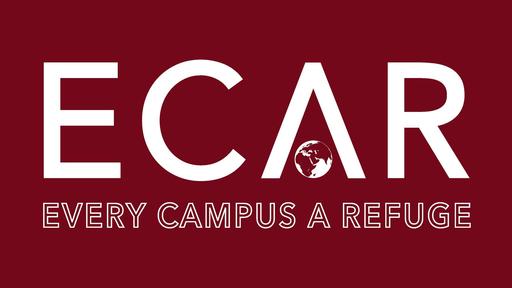 In the past four months, roughly 200 higher-education institutions have pledged to help. To highlight these efforts, Welcome.US, the National Association of System Heads, and leaders from several colleges and universities joined a roundtable hosted by White House Coordinator for Operation Allies Welcome Jack Markell and U.S. Secretary of Education Miguel Cardona.

Included among the participants was Guilford College Professor of English Diya Abdo, the founder of Every Campus a Refuge (ECAR).

"It was heartening to see the groundswell of support for Afghan evacuees from so many higher-education institutions. I felt very proud representing Guilford College, whose efforts in supporting resettling refugees began years ago," Diya says. "Several speakers referenced Every Campus A Refuge as a model to follow. My contribution focused on uplifting the work done thus far at Guilford and other ECAR Chapters as well asking Governor Markell and Secretary Cardona about ways in which the various parts of government could support implementation of such hosting initiatives on campuses nation-wide."

ECAR is a Center for Principled Problem Solving and Excellence in Teaching initiative that calls on every college and university in the world to partner with local refugee-resettlement agencies. The idea is that campuses have everything necessary – housing, food, care, and skills – to temporarily take in refugees and support them as they begin their lives in new homes.

“Institutions of higher education have a huge role to play in supporting the success of Afghan newcomers — and facilitating their tremendous contributions. Universities have long been engaged in lifting the voices of Afghan leaders and supporting greater access to education and opportunity for Afghans, first in Afghanistan, and now here in the U.S.,” says Welcome.US CEO Nazanin Ash.

To read more about the initiative and to see the full list of the Welcome Campus Network members, read the press release from Welcome.US.

Visit the Every Campus a Refuge website to learn how to give or get involved in your community.