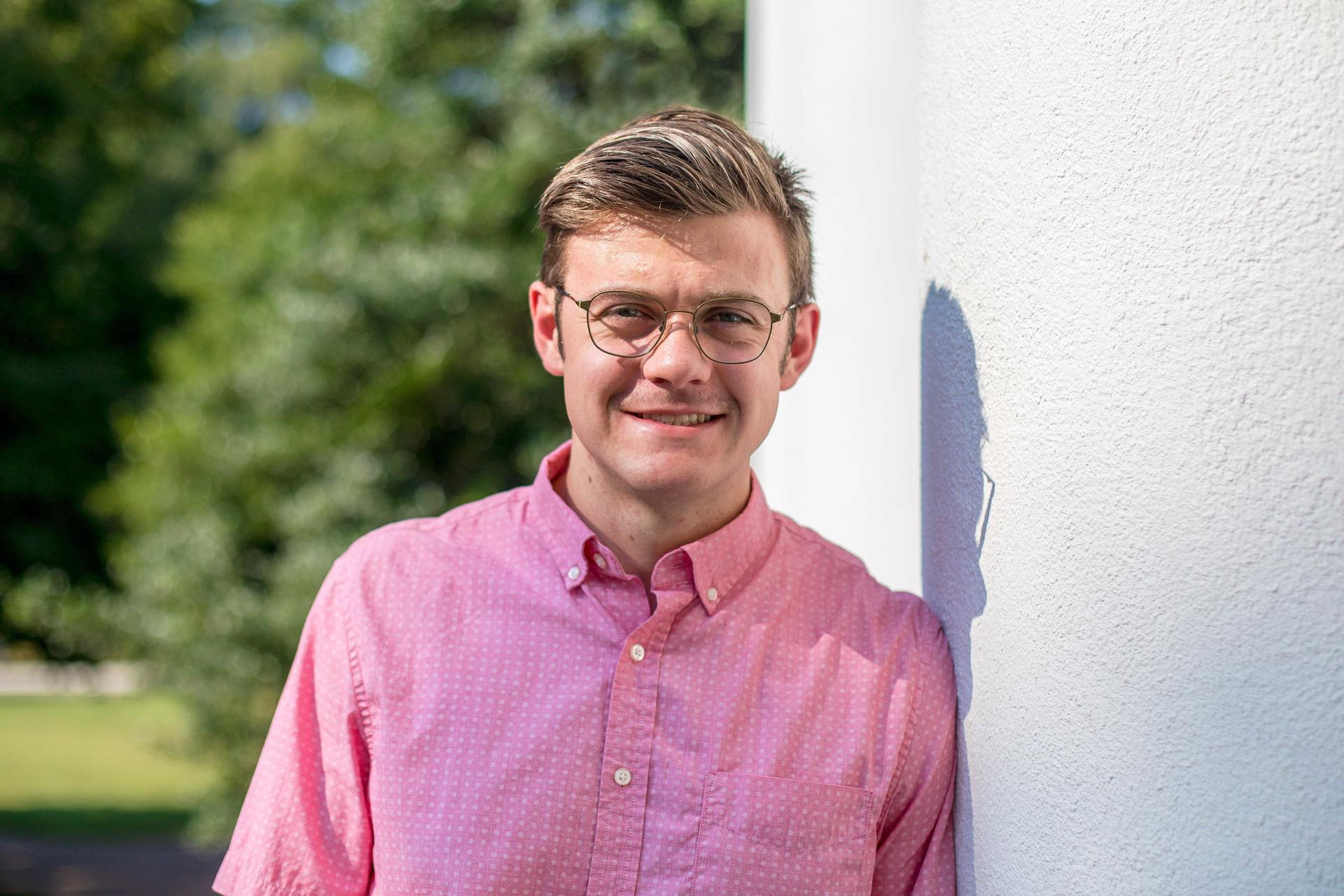 While searching for a college suited to his aspirations, Ian Skarring ’18 knew he wanted to ground himself in an educational community that teaches its students with a holistic approach.

“I wanted to balance a challenging educational experience with the opportunity to play soccer. Guilford’s diverse, inclusive, and supportive community provides unique learning environments across departments.”

In 2018, Ian graduated with his B.S. of Accounting and a minor in Economics. When he first arrived at Guilford, he planned to study Business Administration, and it was through degree requirements — an introductory course in Accounting — that he discovered a new interest.

“I became more interested in accounting and understanding how money moves in and out of systems and across borders,” he explains.

For Ian, balancing life as a student athlete was a challenge, but he made it work. “In terms of time management, the basics worked well for me. I made a habit of stacking my tasks, having those due soonest at the top of a priority list,” he says. And placing value on respect and accountability also contributed to Ian frequently appearing on the Dean’s List.

“I tried to make conscious choices about what my professors and coaches would expect of me,” he says. “It was a work in progress but ultimately turned into one of my main values.” That same commitment helped Ian set goals and accomplish them in his everyday life.

“I decided in early 2018 that I really wanted to get into a Big 4 accounting firm,” he says, even though he understood that such firms often recruit at larger public universities.

Ian’s first step toward achieving his goal was to build a network of professional contacts and expand his resume.

“I did a lot of networking and completed internships with the Habitat for Humanity and Rives and Associates LLP. As I began my final semester at Guilford, I was able to connect with a few Ernst and Young (EY) professionals,” he says. “One conversation led to another and I formally applied for an internship with EY, a leading, global CPA firm. It was a week or so after I graduated from Guilford in December 2018 that I accepted an internship offer with EY.”

From January 2019 to April 2019, Ian completed a Tax Internship in the Tax Technology Transformation Group in the Financial Services Organization practice of EY. Upon completion of his master’s degree at UNCG, Ian has accepted a job offer to continue his career at EY.

Professor of Accounting Ron Cardwell says, “Ian’s dedication to pursue his desired career goal in a global accounting environment is commendable and an excellent example of how a liberal arts based accounting and economics education can be used to launch a career path from student athlete to a global Big 4 CPA firm.”

Are you ready to set your educational — and career — goals for the future? Schedule your personalized visit to Guilford to meet students like Ian, as well as supportive faculty like Ron.