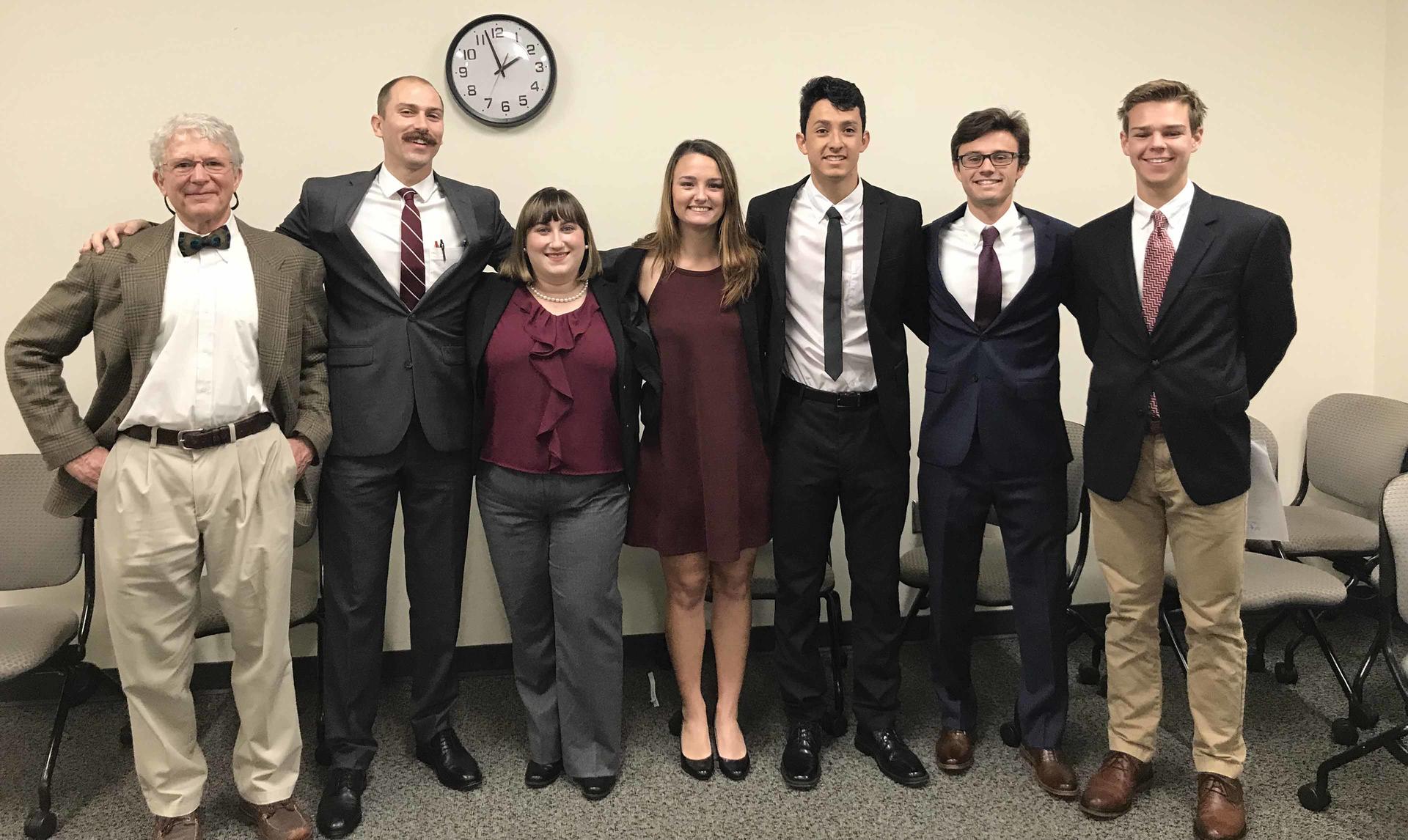 Judges praised the Guilford team’s high-quality graphics, the logic and clarity of their arguments, their collaborative teamwork, and their responses to judge’s questions.

Guilford and UNC Chapel Hill scored the highest in the morning sessions, leading them to compete for first place in the afternoon session. Judges read a hypothetical macroeconomic scenario provided by the Federal Reserve, and the teams were allowed five minutes to prepare a policy analysis, a policy recommendation and write a press release on the Federal Reserve Open Market Committee’s decision. They defended their position before the entire panel of judges and answered judges’ questions.

“Guilford teams are always student-led,” emphasizes Economics Professor Robert Williams. “If there's a group interested, the students have to organize it and recruit me, the money and finance guy, to coach them.”

Students prepare the evidence, their arguments, and ask Robert to critique and guide them. “This year's team recruited me last year, and they have worked hard to prepare all semester, including during fall break. They got me to give up my fall break, too, (a trip to Cape Cod) as the competition was the Saturday at the end of fall break.”

Guilford Economics students have organized and competed in five Federal Reserve Challenge Regional Competitions over the years. Guilford teams have won second place (in North Carolina/South Carolina region) three out of the five times the College has competed.

“The members of the team were disappointed they did not win first place, which would have sent them to the next level at the Richmond Federal Reserve in November, but their performance was awesome,” Robert continues. “All I can say is: Guilford Economics majors rock!”

Want to learn more about Economics at Guilford College? Schedule a personalized campus tour and meet with faculty and students.

Diya Abdo and Sherry Giles presented papers at the annual conference of the American Association of Colleges and Universities, which took place…

In recent weeks, President Jane Fernandes, named one of the 20 Most Interesting College Presidents, has been sharing Guilford’s mission with the…

No. 1 New York Times bestseller Margot Lee Shetterly, the author of Hidden Figures: The American Dream and the Untold Story of the…