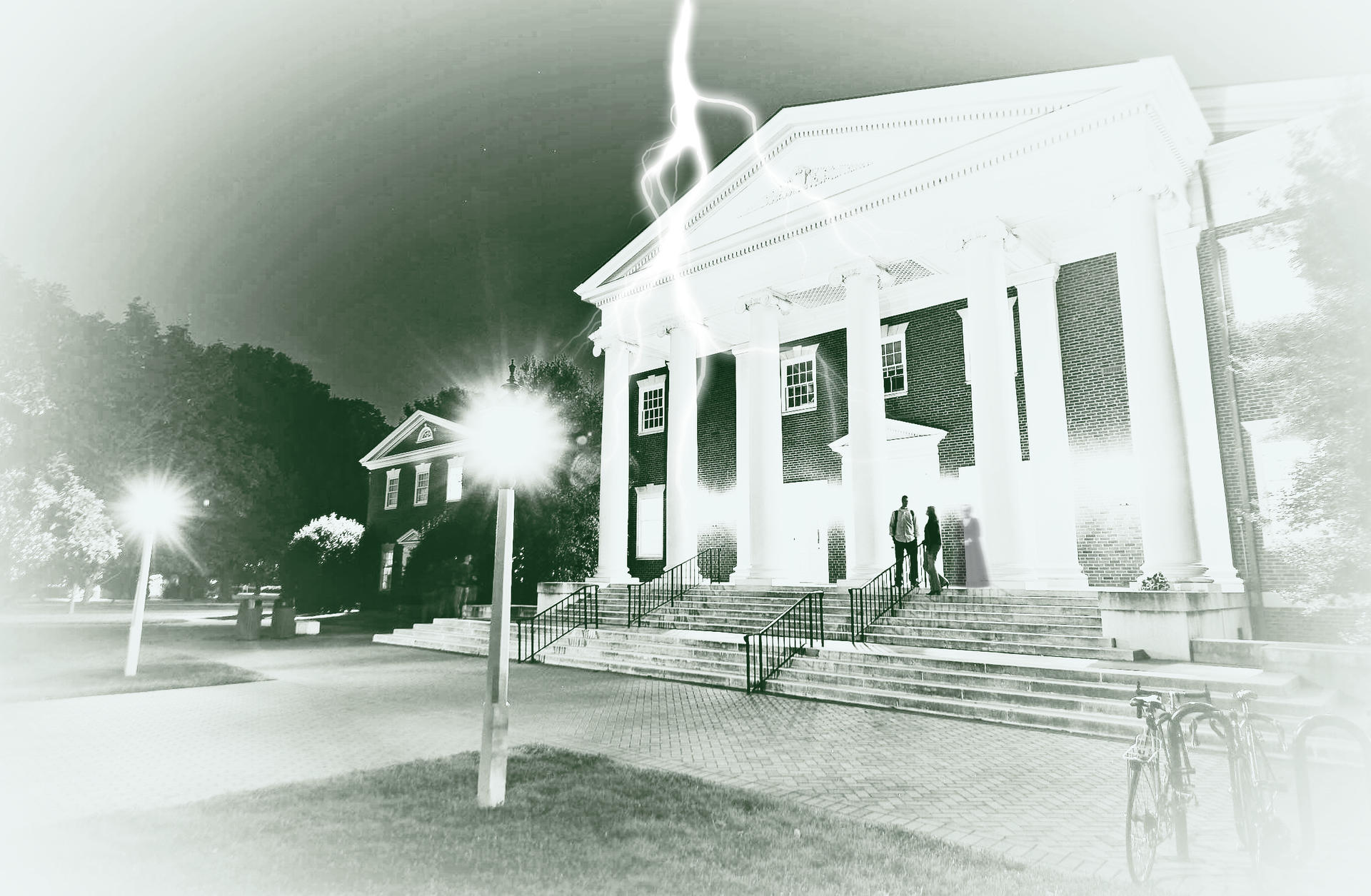 Dana Auditorium is named for Charles Dana, a philanthropist who donated a good chunk of money toward the completion of the building in the 1900s. It is said to be built where an old YMCA building once stood — seems harmless enough.

That’s not, however, where the story of the ground beneath Dana ends.

The spot can be traced all the way back to the Revolutionary War and the Battle of Guilford Courthouse in the 1700s, when the area was used as a field hospital for the wounded and dying. Shortly after Dana was completed in 1961, stories of a ghost began to rise. Some say the ghost was a soldier who died from wounds sustained in the battle and never left that field.

The fallen soldier isn’t the only ghost said to haunt Dana. Many others report stories of a little girl spotted in the Choir Room, as well as a man in a brown suit wandering the halls. Who they are and why they remain … we may never know.

Year after year, Guilfordians continue to report ghostly encounters on our 180-year-old campus. Below, read some of their spooktacular tales about Dana. Is the place truly haunted? That’s for you to decide. Why not schedule a visit to find out for yourself?

In 1990, when I was an Interlink Language Center student, I was passing in front of Dana at 8 p.m., going to Pope House. I was able to hear someone playing the piano. Maybe someone was there ... but maybe it was the ghost ... who knows?

Opening night of Reveler's (Club) Dracula, 1985, there was a giant swarm of bats circling Dana Auditorium as the sun went down behind the giant Guilford tree. Thousands of them. I had never seen anything so ominous. Later, I learned they were really just chimney swifts ... but THAT night, they were bats all the way.

Want to read more first-hand ghost stories about Guilford’s campus? Or maybe you have one of your own to tell! Join the conversation on Facebook!

Attending a private college is more affordable than you think. We debunk five common myths associated with tuition. Myth:…

Matthew P. Shelton ’04 has crafted a career in the arts that allows him to approach creativity from many angles, which he says is…