Walid, a business administration major, presented on ECAR at the NGO Open House at Baruch College of the City University of New York. He also took part in a panel with organizational leaders working on sustainable development goals. At this venue, attendees told Walid they are inspired by ECAR and requested information about how to implement it on their campuses.

“I think this was a very important event for ECAR to be a part of. It put us on the map and connected us with many amazing people, including diplomats and policymakers,” Walid says. “Also, being at the U.N. gave the hundreds of college students and representatives in the audience an opportunity to see for themselves how they can tackle such an issue hands-on in their own communities instead of just talking about it."

Walid also attended the conference at the General Assembly at the United Nations Headquarters, where he represented ECAR at sessions about migration and refugee issues. He met and was introduced to several notable figures, including Mr. Maher Nasser the Director of the Outreach Division at the U.N. Secretariat. He was also invited to lunch with Sana'a Hussein, UNA's Secretary, and a member of its Board of Directors, as well as Natalie Mosallam, the Chair of the Global Goals Program at the UNA, and the Lebanese Delegate to the U.N.'s ambassador program.

"Now more than ever, campuses need to model loudly and clearly for their communities a deep commitment to compassion and hospitality in the face of fear-mongering and xenophobia. Joining the Every Campus A Refuge movement is one effective and tangible way institutions can do that while positively affecting the lives of the refugees they host and educating their students about this important global crisis,” says Diya Abdo, an associate professor of English who founded ECAR as an initiative of the Center for Principled Problem Solving at Guilford. “Walid is an excellent ECAR spokesperson — a Palestinian refugee himself, he embodies the initiative's core value of centralizing refugee experiences and perspectives. His dynamic personality, his broad knowledge on refugee issues and concerns and his extensive work with ECAR and the refugees it hosts make him a perfect representative."

There was also plenty of networking opportunities, where Walid met with representatives from other U.N. organizations, the Hillary Clinton Campaign and the State Department. The most notable moment for Walid was when he was called on to ask a question from the floor of the General Assembly and his image was projected onto the screens where nation leaders and presidents are typically projected.

The UNA – United States is a United Nations Foundation program that seeks to connect the American people to the work the U.N. is doing. The conference brought chapters from across the United States to see how they can learn about as well as tackle firsthand development goals set by the U.N. regarding various issues, including refugees and migration.

Every Campus a Refuge, a movement started by faculty member Diya Abdo, is described in the U.S. State Department’s

On Monday, February 27 from 2:30 - 4:00 p.m., a faculty development workshop will be offered in Hege Library’s Teaching, Learning and Research… 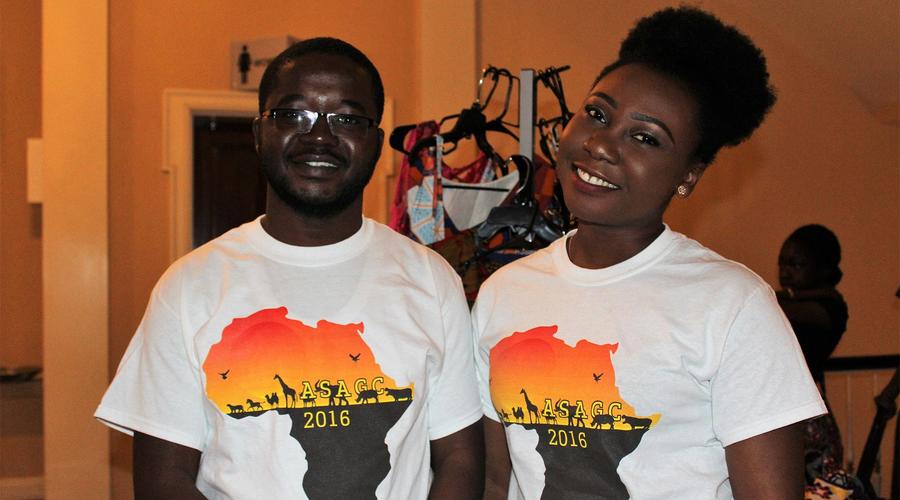